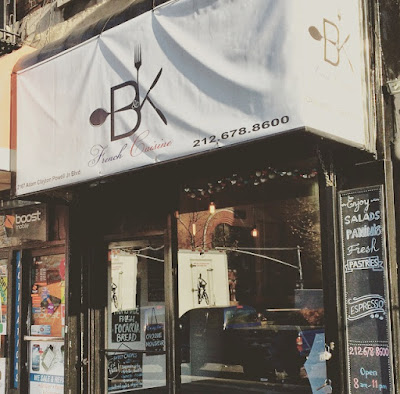 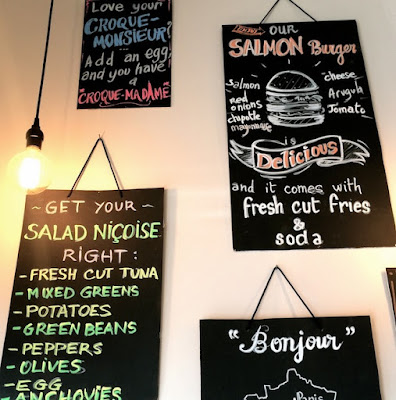 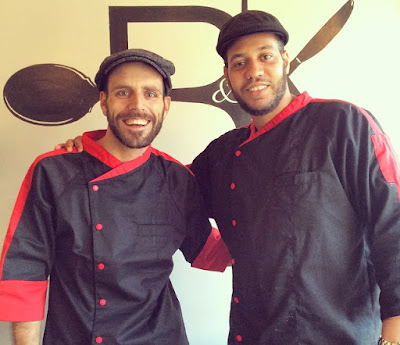 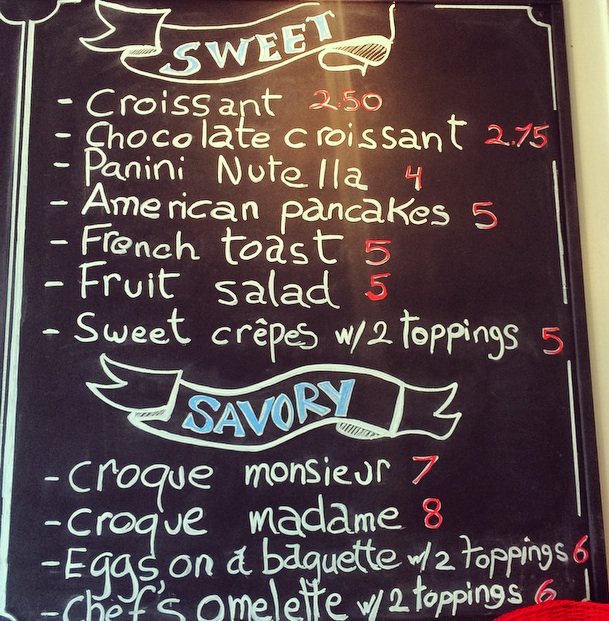 Two Frenchmen have just opened up a casual but ambitious takeout storefront over on 7th Avenue just north of 128th Street. BK French named after founder Baccari Kebe has everything one could order at a bistro but is set up at a takeout counter in what basically is an industrial kitchen with a few stools in the waiting area.  This part of Adam Clayton Powell Boulevard does not have a better dining option so the new arrival has great timing since the demand is definitely here in Central Harlem. 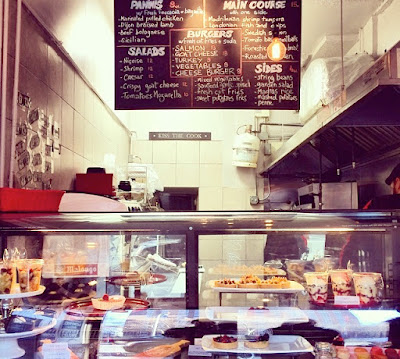 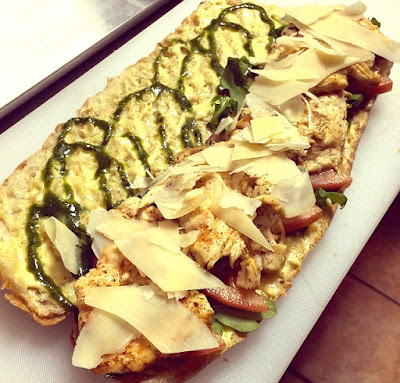 We stopped by during the soft opening this week and tried out one of the panini offerings since the gas would not be on for another week or so. For $8 bucks, a big chunk of freshly buttered baguette is slathered with dressing, cheese, chicken and vegetables which all comes out melted like a Croque Monsieur.  This definitely was much better than what one would get at Subway and the upgrade in food is especially appreciated on this section of Central Harlem that does not have much going on.

House made salads, pastries, desserts and pressed hot sandwiches will be available now but hot items like burgers and casual entrees will not be available in the coming weeks.  BK is also a great spot to grab a good cup of coffee on the go for those in the area and the tiny eatery is open starting from 8:00AM until 11:00PM.  Cash only at this point in time.  Read more about BK in our past post:  LINK
Posted by Ulysses at 10:06 AM