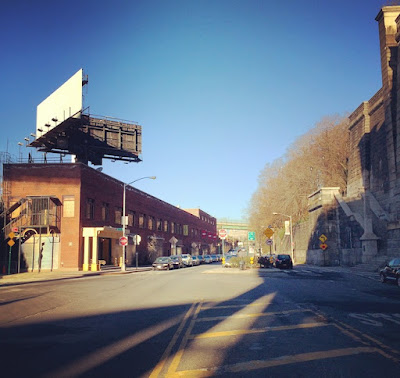 The old train station on 12th Avenue by the viaduct was apparently up for sale in the past few months.  As mentioned before, Covo just shuttered at 701 West 135th Street at the end of December but it is unclear what will happen to the building that also has had quite a few failed clubs as part of the complex.  Over 19,189 square foot of space had been on the market for the asking of $9.95 million but the listing has the property no longer available as of this week.
Posted by Ulysses at 10:27 AM