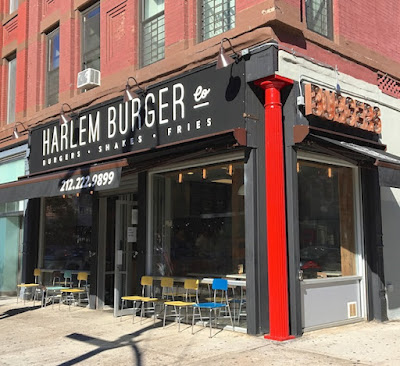 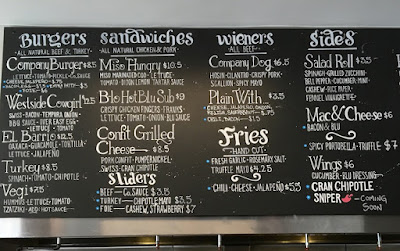 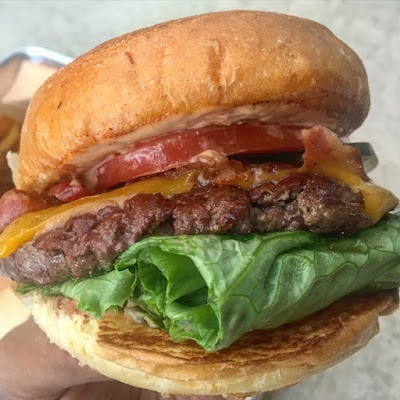 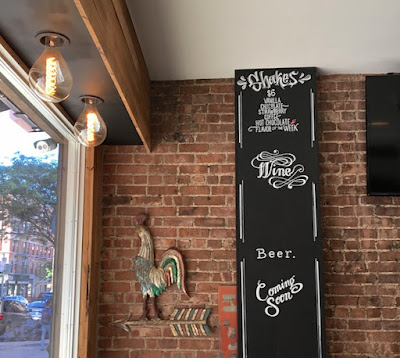 Harlem Pizza Co. on 116th Street announced this past February that they would be opening a sister restaurant called Harlem Burger Co. on the corner of 118th and FDB.  That day has finally come and uptown's newest eatery in our opinion is a step up from popular notable chains such as Shake Shack.  We dropped by yesterday and had the Company Burger with american cheese along with additional bacon which ended up possibly being one of the more memorable meals we have devoured in the past week or so.  The beef is Niman Ranch which means it is all natural and vegetarian fed so there is a lot of flavor to be had with each bite. We also like the bun and bacon which were more of an upgrade compared to some of the other burger joints out there.

Fancier options included adding a slice of foie gras on top for $6 extra but our dream of a beach body for the upcoming summer did not make that a viable choice.   A side of fries served up shoes string style with the skin on were solid but it was the truffle mayo that really stood out.  This was just the first time around and another visit to the 24-seat establishment will definitely be happening in the near future since  the prices were decent and the casual atmosphere makes it easy just to drop by for a quick bite.  Our final verdict is that this could be the best burger in Central Harlem and should be on everyone's list of new places to try out.
Posted by Ulysses at 4:34 PM