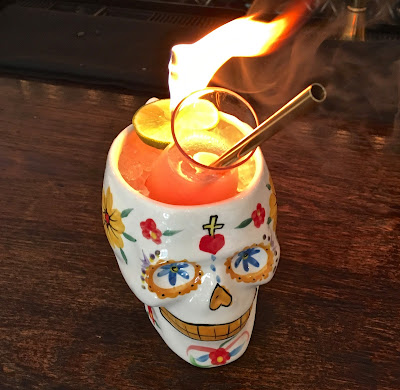 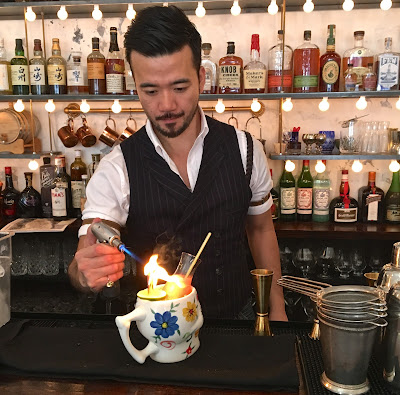 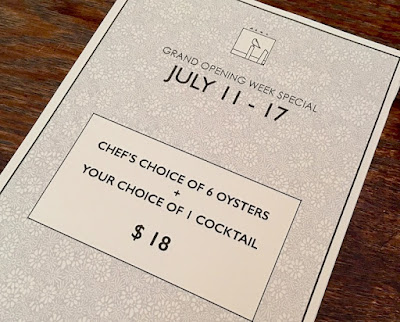 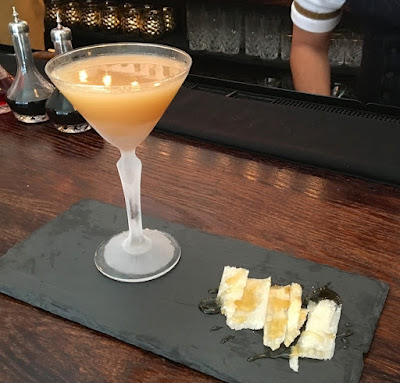 We have published quite a few articles on R.O.K.C. in the past 6 weeks but now New York magazine has discovered the new Hamilton Heights ramen spot that features crafted cocktails.  Revealed in the feature is that the bartenders are originally from Angel's Share down in the East Village which pretty much invented the contemporary speakeasy scene in the city over 20 years ago.  Those familiar with the downtown establishment know that the Japanese crafted cocktails are extravagantly presented and are worth the higher price point.

Our experience from the previous evening included a literally flaming mezcal cup and a delicious truffle grapefruit offering that was served up with sliced parmesan cheese drizzled in truffle honey.  It is still pretty easy to get a table at R.O.K.C. but things might change now that the word is finally getting out.  Read more in New York magazine: LINK
Posted by Ulysses at 10:15 AM