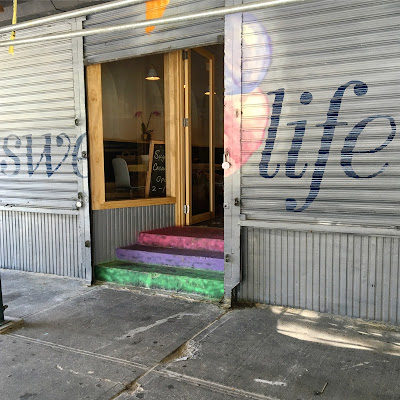 Harlem Bespoke:  We dropped by the new Sugar Hill Creamery on Lenox by 119th Street yesterday to check out Harlem's latest artisan shop to open up.  Even though Mondays are usually quite slow for most businesses on the block, it appeared that a line eager customers had already formed when doors opened at 2:00PM even though much of the facade is hidden under scaffolding. 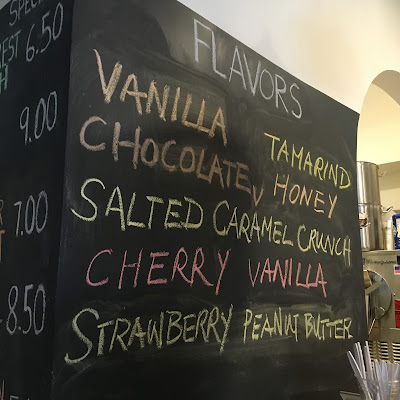 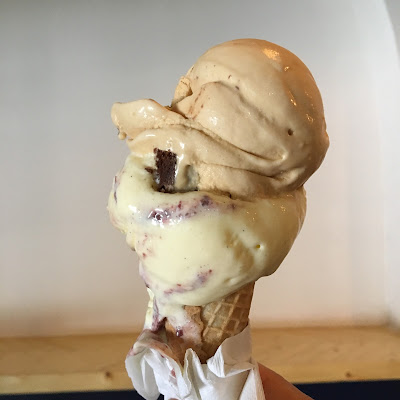 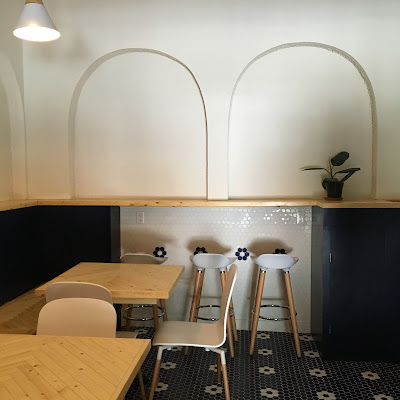 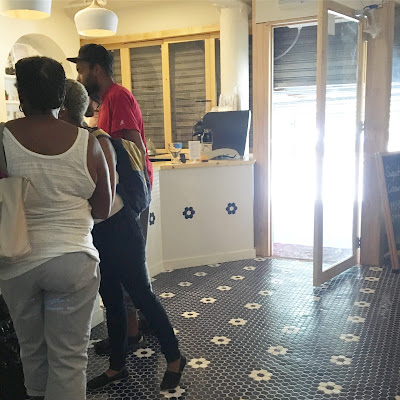 The frozen yogurt fad came and went over the past few years with mixed results but it appears that folks uptown really just want good old fashion ice cream parlor.  This small business in the Mount Morris Park Historic District makes everything on site and the quality is quite apparent.  We had the salted caramel and the vanilla cherry which were superb.  Sugar Hill Creamery is basically one of the best debuts of the year so those who have not dropped by should really make it a point to check the new spot out.
Posted by Ulysses at 9:41 AM