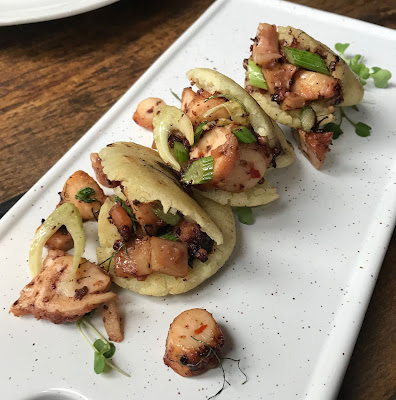 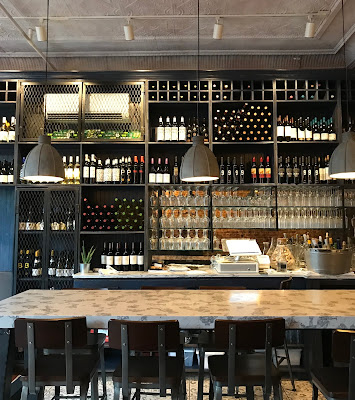 Harlem Bespoke:  Barepas debuted quietly on Amsterdam between 148th and 149th Street just over a month ago and we were able to stop the Venezuelan arepas eatery this week.  The Hamilton Heights 50-seater has fantastic high sealing with a vintage-modern mix that is definitely very current.
As can be seen by the photos, ambiance was on point but how was the food? 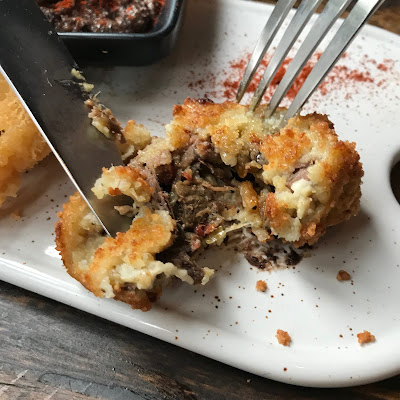 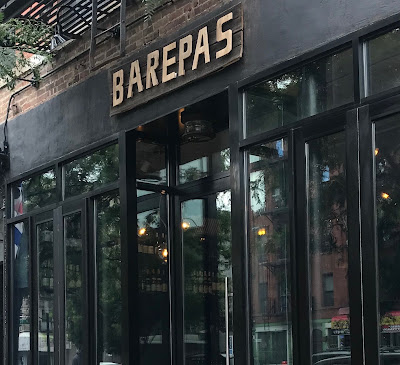 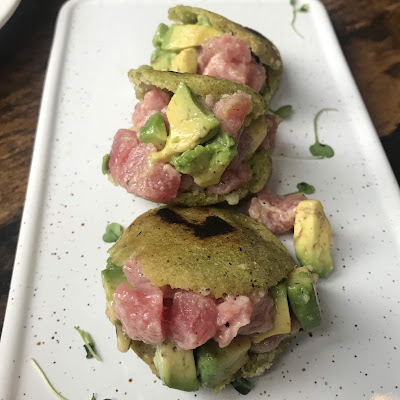 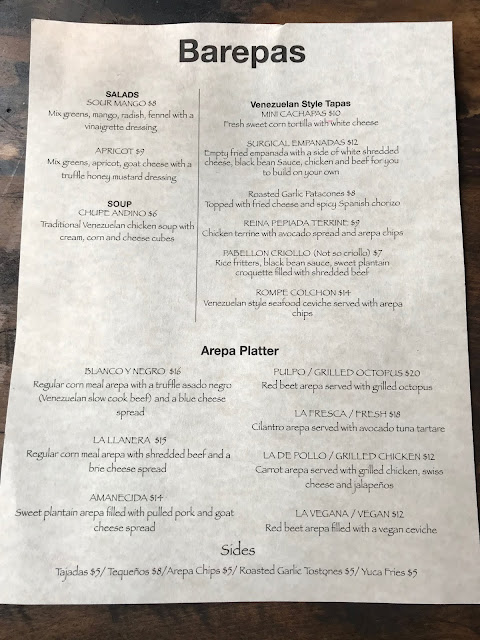 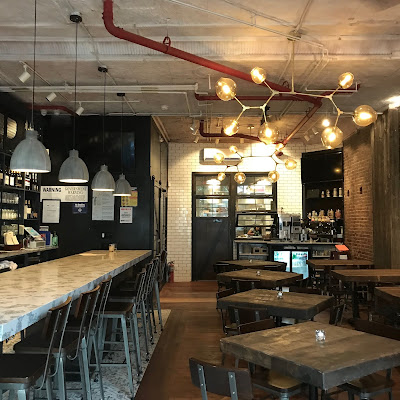 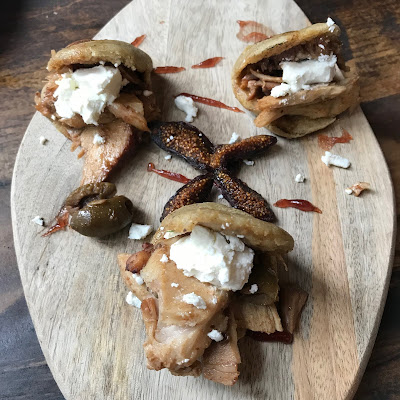 Arepas are Venezuelan fried maize dough pockets that are stuffed with all sorts of proteins or vegetables that is basically the national dish of the South American country.  Barepas elevates the everyday meal to the next level with arepas dough infused with Cilantro, beet or other root vegetables.

A plaintain arepa filled with pulled pork and goat cheese was super tender and had a hint of sweetness with the preserved fig provided on the platter.  Other standouts included arepas filled with citrusy tuna tartar in huge chunks and a grilled octopus that was an exciting update to the traditional dish.  Other than arepas, we had the Pabellon Criollo which were fried rice balls with served two ways including one stuffed with beef that we highly recommend.

Everything was absolutely amazing but the one call out is that the arepas are on the smaller side so ordering 3 entrees will do the job but can be pricey.  With that said, Barepas is worth the visit for an adventuresome night out and has the quality expected for such and ambitious menu.