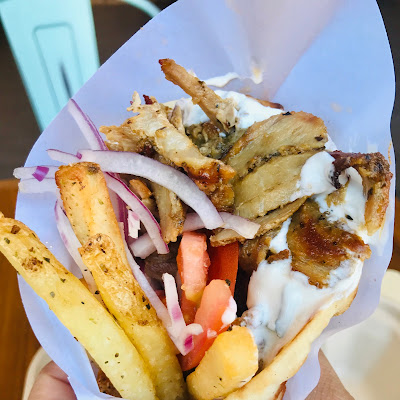 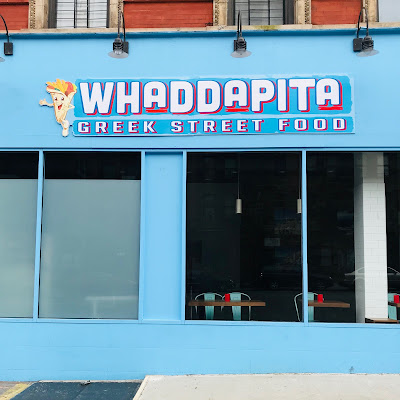 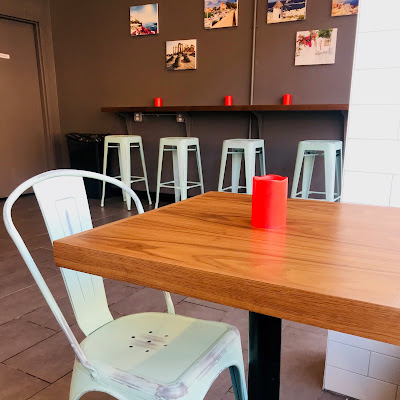 Harlem Bepoke:  We finally were able to drop buy during school hours at Whaddapita on Amsterdam by 141st Street to try out one of the first Greek spots to open in Hamilton Heights.  This location by City College is probably geared towards students seeing that the eatery is closed on the weekend but those seeking out a stuffed gyro should definitely drop by during day hours Monday through Friday.  Even though the space is somewhat roomy, there are only about 12 seats to the entire place and the open takeout counter with the kitchen in back takes up a lot of space.

Our order for the afternoon was a pork gyro which we never quite heard of before but other options include chicken, falafel and a vegan offering filled with dolmades which are the seasoned rice stuffed grape leaves. Everything was fresh and the yogurt dressing really added flavor to the pita cone which came with a few fries.  We have had lamb gyros before which tend to be super moist because of all of the fat but the Whaddapita offerings tend to be on the leaner side so are much healthier in that department.

Hummus, Greek fries with feta, spanakopita, soups and Prassini are also on the menu which includes platter options.  Prices are $3 more than what one would get at a food cart but many diners would rather pay the extra to have everything freshly made.