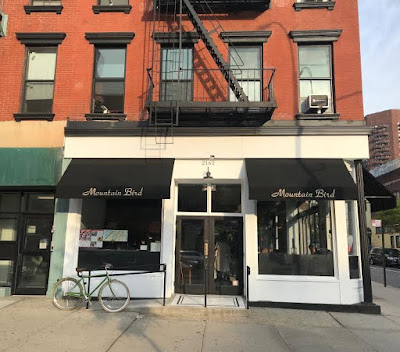 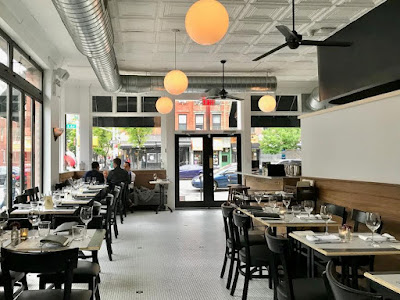 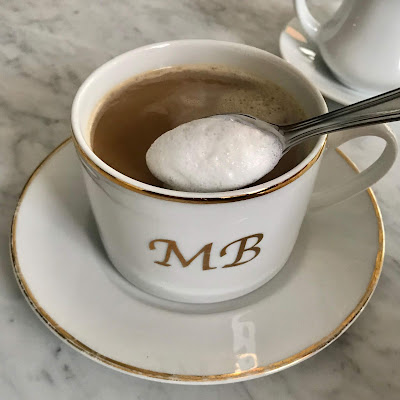 Harlem  Bespoke:  One of the most critically acclaimed restaurants in Harlem finally moved into a befitting larger storefront over on 2nd Avenue by the corner of East 111th Street.  Of course uptowners further north already knew about the local gem when the eatery debuted on 145th Street back in 2013 but had to move to a smaller space on East 110th Street when the lease was up.  With that said, the French eatery that focuses on all things fowl has graduated to better grounds as far as space goes but also has expanded the menu offerings quite a bit. 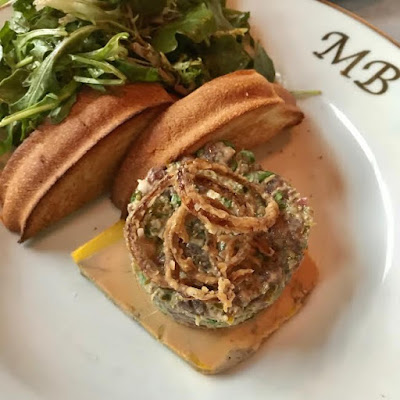 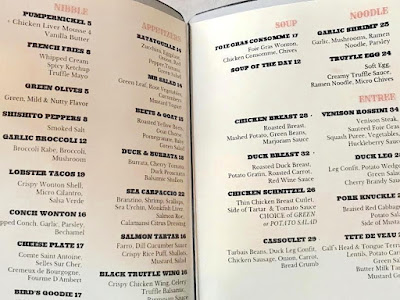 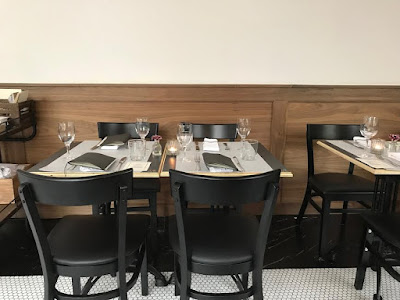 Chef Kenichi Tajima still offers up signature items such as the ostrich tartare or poultry cassoulet but has included new small bites such as lobster tacos and conch wontons.  Entrees even get more adventuresome with the addition of a Venison Rossini, Tete de Veau terrine or the massive pork knuckle that has an abundance of crispy skin not unlike chicharrones found at the local specialty shops.  Some of the award winning chef's heritage also shines through with the addition of ramen included on the menu with garlic shrimp or truffle egg presentations to choose from.  We have not even begun to check out some of the newer dishes but will have reviews in the near future.  One thing to note is that this is a soft opening so BYOB at this point in the calendar.  Peak hours already have drawn a crowd so reservations are recommended which was easy when using Resy or just calling up.  More on Mountain Bird can be found in our past post: LINK