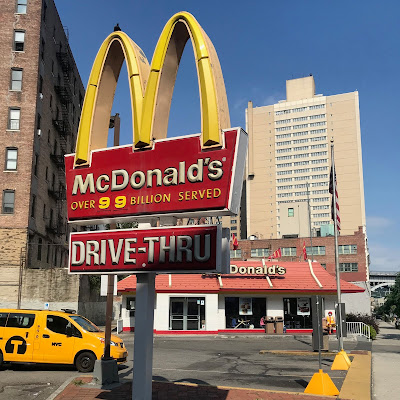 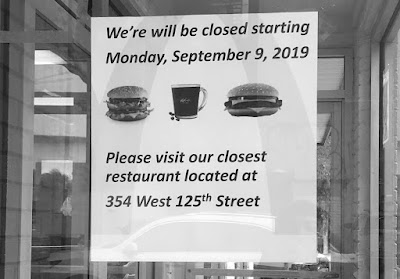 Harlem Bespoke:  The drive-thru McDonald's on 125th Street and Broadway will be closing today on September 9th since the address is within the new Columbia University footprint in Manhattanville.  This demolition had always been planned when the educational institution bought out most of the industrial part of West Harlem a decade ago but a date had not been set until now. An article in Columbia Spectator mentioned that the announcement was just made this past week and the building will be demolished in the coming months.  All current staff will be re-located to other restaurants and a new building is planned for the site.  We took the lower photo late morning today. and breakfast service was still being offered up at the time.  More details can be found on the Spectator: LINK

Our past post from 2010 when initial plans had been revealed for the neighborhood has a rough digital rendering of the area and provides a clue to the new buildings planned at the time.  Things might have changed since then but those who are curious can read the article: LINK