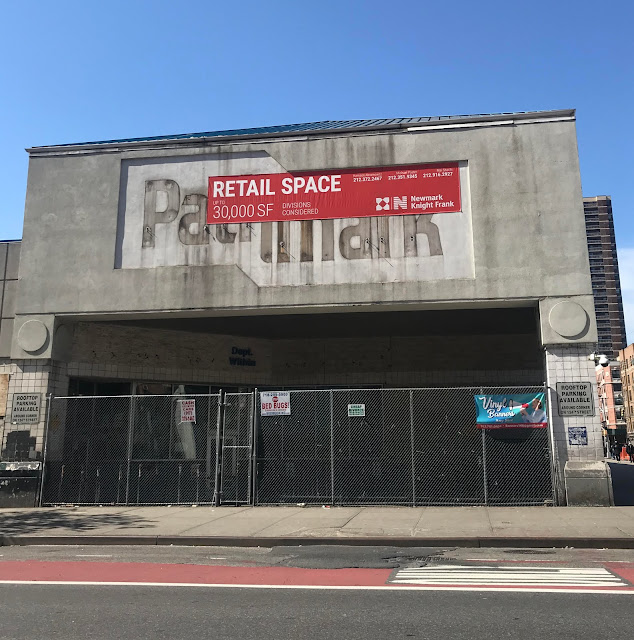 Harlem Bespoke: We took a walk by the old Pathmark supermarket on East 125th Street and Lexington this past weekend to see if any changes were afoot to the site that sold in a big development deal back in 2014 for $39 million.  Demolition was supposed to happen 4 years ago and reportedly new permits have recently been filed for the mix-used 9-story construction right by the only subway entrance currently on the east side.   Now a rendering has been released for everything that has been planned but it is unclear if all will work out this time around. 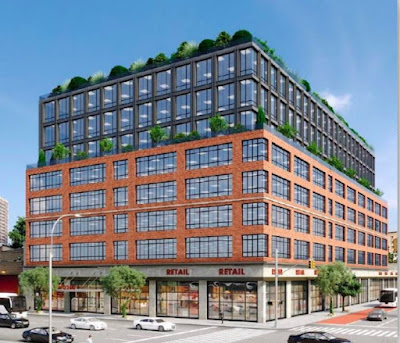 A new rendering by the developer via YIMBY shows a a more contemporary design with larger windows and floor heights than what has been happening locally in the neighborhood over the years.  As far as the site goes, nothing new has happened thus far as can be seen from the first photo and demolition of the entire block will take some time to accomplish once it starts up.  The end goal now is to have everything complete by 2023 but the current city shutdown might slow things down for a bit.  More on the backstory can be found on our past post: LINK