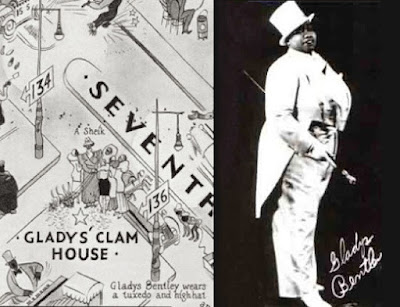 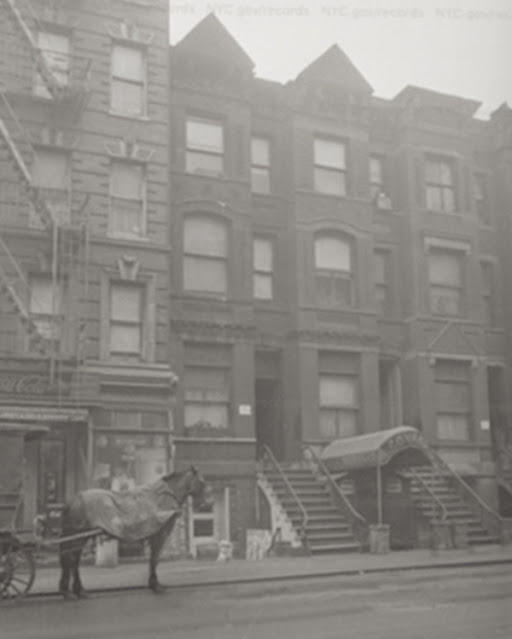 Harlem Bespoke: We are revisiting some of the great LGBT history post over the years on Bespoke and one of the larger than life icons of the Renaissance years was a cross-dressing lesbian that became an instant celebrity throughout the speakeasy society of New York City.
Gladys' Clam House was listed on an old Harlem Renaissance speakeasy map illustration and that had us wondering what the establishment was all about.  As noted, Gladys Bentley performed in tuxedos and was an excellent piano player but the speakeasy was actually called Harry Hansberry's Clam House which was located at 133rd Street.  There's not much else on the once famous address except that it was located between Lenox and Seventh Avenue but apparently the club was the most notorious establishment uptown.  Gladys Bentley's show in the 1920's included drag back up dancers and the Clam House was the most swinging gay uptown establishment during the Renaissance years.

At its height, Hollywood stars such as Tallulah Bankhead would often drop by to check out the racy shows which included bawdy revisions of popular songs of the day. Bentley would still perform after the Renaissance decade (and the demise of the speakeasy) but the flamboyance would disappear under politically correct dresses. As for the Clam House, maybe it was truly a secret establishment for advertisements or printed addresses do not seem to be available.  Check out the full Renaissance speakeasy map in our past post: LINK
HarlemBespoke.com 2022
Posted by Ulysses at 8:48 AM