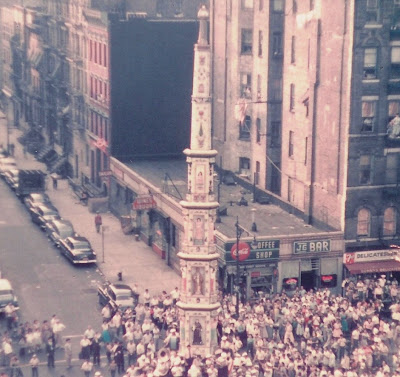 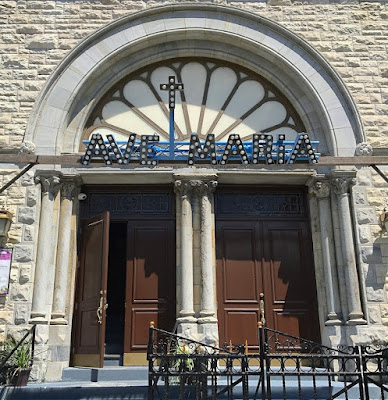 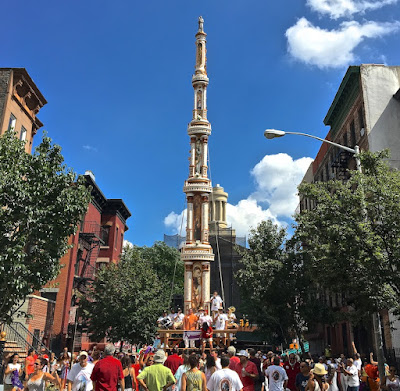 Harlem Bespoke: The Giglio Festival of East Harlem celebrates a beloved tradition within what used to be the largest Italian neighborhood in the states.  The weekend-long festival culminates with an afternoon fete over at Pleasant Avenue from East 114th to East 116th Street with a crowd of men lifting a massive religious tower that was constructed in the previous days.  Each tower is designed differently every year and this feet of strength was started in Italy centuries ago to honor a town's patron saint.
Sunday, August 7th, The East Harlem Giglio Festival 2022, lifts start after 12:00PM-7:00PM by East 114th and Pleasant Avenue.  Italians from all over the region return to the old neighborhood every year to celebrate the cultural past of East Harlem which used to be called uptown's Little Italy up until the 1960s. A population of 100,000 Italians once lived in East Harlem for decades before the demographics changed to El Barrio in the latter half of the 20th century.
This family-friendly event also features food and a block party before the main lifting ceremony. Check out the full list of activities on the official website along with contact information: LINK