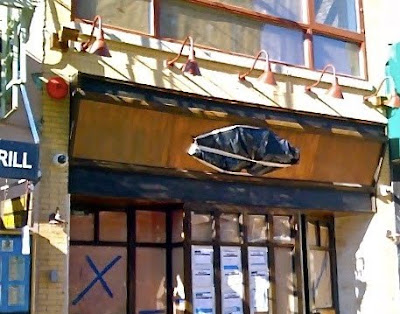 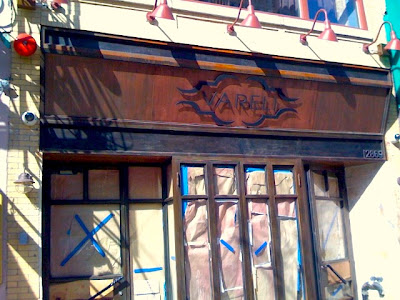 Morningsiders have been waiting for some time now to see what the wrapped-up new storefront would reveal at 2869 Broadway. After less than two months of waiting, the sign for the restaurant Vareli has revealed itself this past weekend on west side of Broadway, between 111th and 112th Street. It turns out the owner of the popular Westside Market has taken on the multi-level building that used to house a local hardware store. With Community Foods up the street and the new Vareli arriving soon, the area that used to cater only to Columbia University students' tastes might just be growing up. The closes subway to this location is the 1 train at 110th Street. Photos by Ulysses.
Posted by Ulysses at 9:46 AM