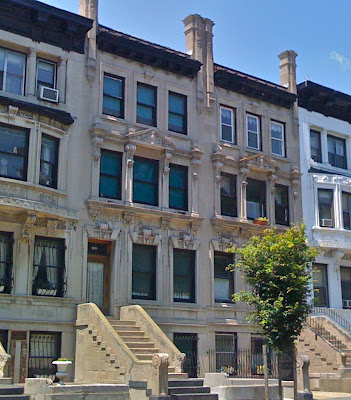 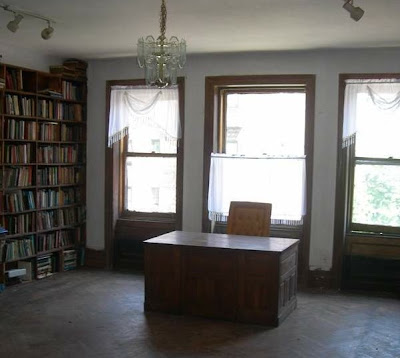 There's a pair of twin limestone townhouses at Convent Avenue (just north of 141st Street) and one of them is up for sale. Number 290 Convent Avenue is at the right of the top photo and has been on the market since the end of May for the asking of $1.21 million. The 6 bedroom, 5 bath, 4,751 square foot, 20 foot wide town house is a large legal two-family but is really in bad shape. Although technically not a shell, the interior looks to have some really bad electrical work and the rooms are partially chopped up. There's some original detail (lower photo shows some shabby-but-chic herringbone wood floors) but will the Hamilton Heights Historic District be enough to get the asking price? Has anyone seen the space? It's a good 4 block walk to the express A,B,C,D trains at 145th Street and there's not much as far as amenities in the area. Apparently this one is an estate sale. Facade photos by Ulysses
Posted by Ulysses at 12:52 PM