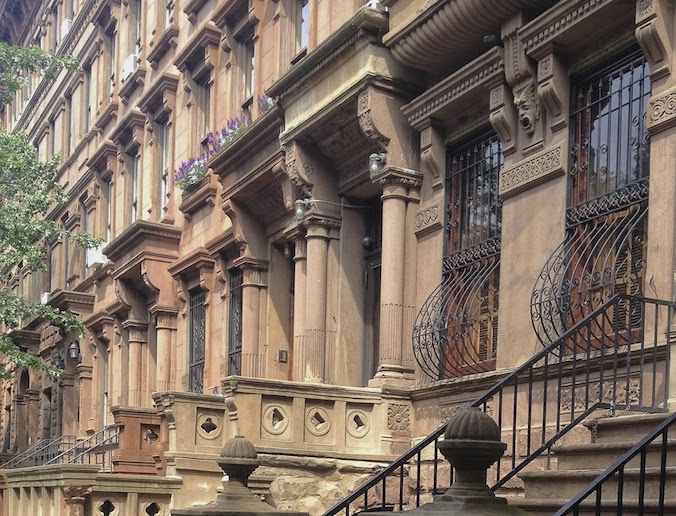 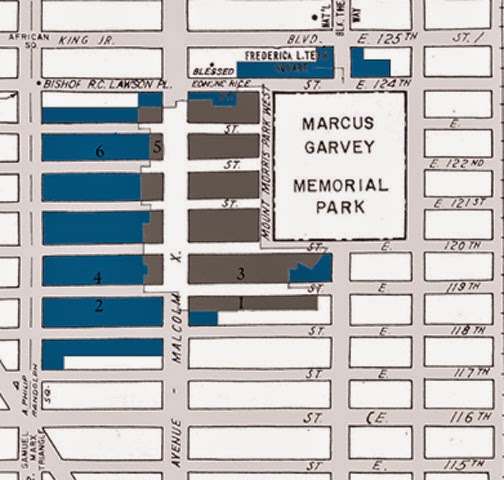 There has been a lot of debate in the past on the borders of the the Mount Morris Park Historic District so we are also examining the map of the area and its proposed extension. The GRAY areas on the map are the official limits of the landmark district which start roughly at 119th Street at the south and borders 124th Street at the north. Lenox Avenue is the west border while Mount Morris Park West roughly borders the east.

The blue section indicates the area that extends west to ACP/7th Avenue which was recognized in the National Register of Historic places back in 1996. This designation does not have the protective element as an official New York City Landmark designation of which the Mount Morris Park Community Improvement Association has been trying to achieve for some time. Does anyone have updates on how that's coming along? Read more on the Historic District Council site: LINK
Posted by Ulysses at 9:11 AM