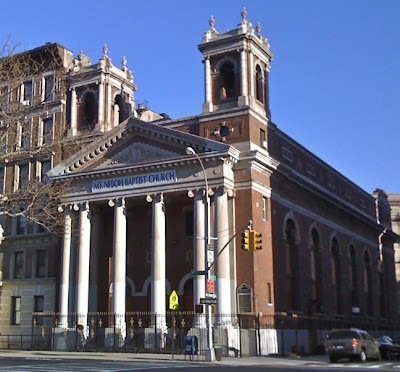 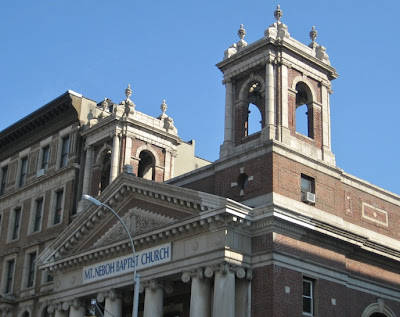 The Mt. Neboh Baptist Church at 1883 ACP/7th Avenue and 114th Street apparently originated as a German-speaking Jewish synagogue. The congregation moved to this corner of Harlem in 1909 when the neighborhood was one of the largest Jewish communities in the world and would remain there until 1928 when the group had outgrown the space. Most notable are the six massive ionic columns out front along with the ornate twin towers (lower photo). The temple reportedly also had a glass-enclosed roof top garden which probably does not exist today. Mt. Neboh Baptist Church bought the building in 1980 and has since occupied the space. Get more details at NYCago:LINK. All photos by Ulysses
Posted by Ulysses at 10:23 AM