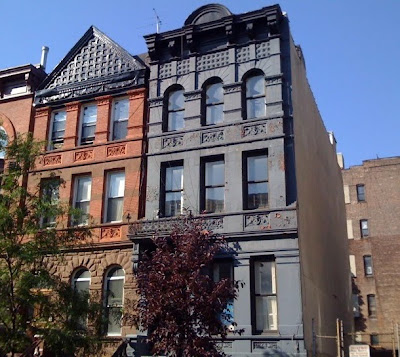 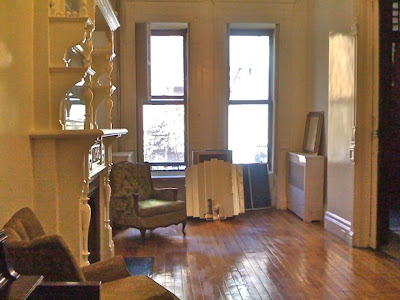 The grey painted brick and brownstone house at 260 West 121st Street (just east of St. Nicholas Avenue) finally sold in September after going into contract this past June.  Even though the location was ideal, the 5-family configuration made it a commercial property with rather small, chopped-up rooms (the DOB website shows an SRO classification but the house did have a C of O for a 5-family at the open house). The 18 foot wide building went on the market a year ago for the asking of $1.3 million and then was reduced to $1.15 million in May.  There's a good amount of original detail in this one but everything would have to be restored.  That said, the final selling price landed at $1.1 million.
Posted by Ulysses at 1:34 PM