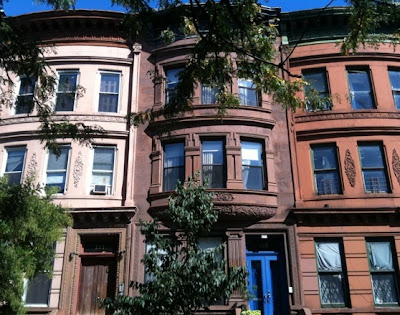 South Harlem's Mount Morris Park Historic District was first proposed in 1966 -- one year after the creation of the NYC Landmark Preservation Commission-- and was finally designated in 1971.

The boundaries, however, were overly cautious and left out the areas surrounding the District which certainly reflected the same character, scale, style and architects as did the District, and left unprotected many brownstones and larger apartment buildings.

Recently, the Landmarks Preservation Commission has made a priority list of proposed districts and extensions to existing districts to review for designation.

Historic Districts Council, a citywide advocate for New York City's historic neighborhoods, has offered to work closely with MMPCIA to help finish the job begun in 1971.

The first step will be this kick-off educational meeting. This meeting will discuss what it means to be part of an historic district and its many pros and a few cons. Make sure to invite all the neighbors to this one!
See the proposed district extension in our past post: LINK
Posted by Ulysses at 8:56 AM