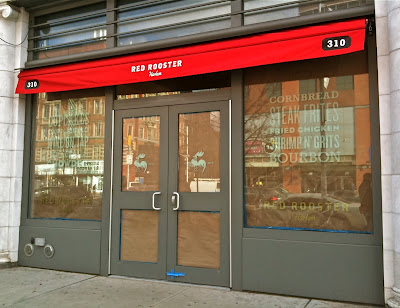 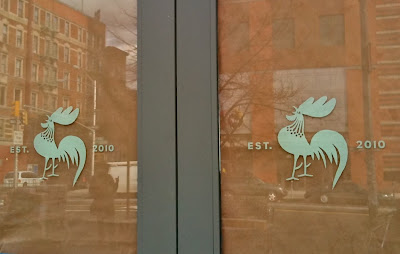 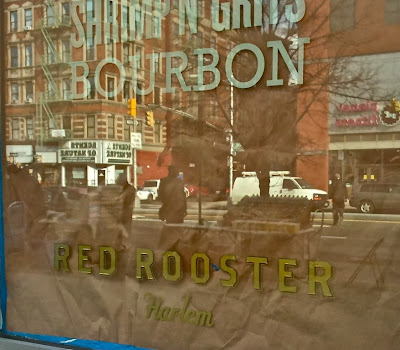 We noticed over the weekend that the windows of the yet-to-be-open Red Rooster restaurant has recently placed up some new signage.  What's interesting about the painted windows is that it reflects a classic style that most restaurants in Harlem would have had in its prime.  Especially notable is the gold leaf lettering at the lower photo (click image to enlarge) which has had quite a revival at establishments downtown and in Brooklyn.  The reflections in the enlarged images also show the heavy industrial signage popular by businesses in the area and it would seem that new proprietors are just copying one another for that particular aesthetic.  When the Rooster Rooster opens up at 310 Lenox later in the month or so, let's hope more businesses in the area start copying Mr. Samuelsson's look for a classic return to the neighborhood's history.  Note also that the rooster logo at center has transformed to be a little less formal as of late.
Posted by Ulysses at 9:08 AM