☞ REVIVE: Back at the WSJ Brownstone Diary 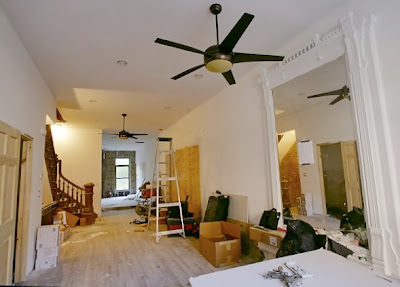 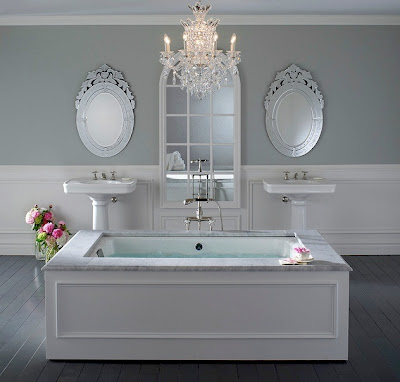 Plumbing changes and permits have delayed some of the action at the Wall Street Journal editor's Brownstone Diary series about the renovation of a Harlem brownstone on West 123rd Street (by Morningside Park) and it now looks like things are finishing up nicely (top photo).  This weekend's article talked about the difficulty of hauling a 500 pound tub up several flights of stairs and then realizing that it was too shallow to be a real soaking tub.  The model chosen was similar to the one in the lower photo (which is a stock image from Kohler) but ended up being 14'' deep only so a grown person couldn't really soak in it.  With the manual labor of getting the heavy tub up the steps, the contractor basically refused to carry it down again so the new homeowners are stuck with the shallow, non-soaking basin in the master bathroom.

It seems like there's sort of a contemporary-combined-with-classic aesthetic happening for the interior and we hope to see the final pictures in the next coming month.  In the meantime, the measuring tape is the most important thing when ordering appliances and furniture so get that all checked before making any big commitments! Read more and see additional photos on the WSJ site: LINK.  There's also a Facebook fansite for this feature and we also noted that they called out Harlem Bespoke for first linking the story back in February: LINK.  Top photo courtesy of Jennifer Taylor
Posted by Ulysses at 10:41 AM