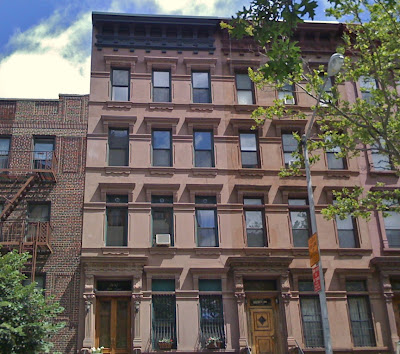 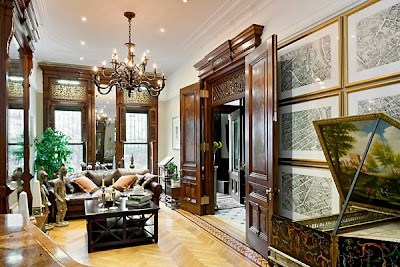 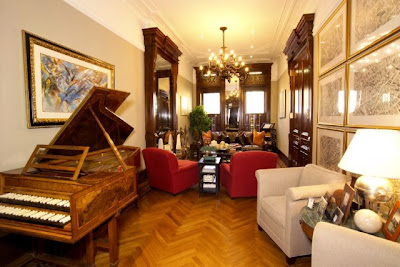 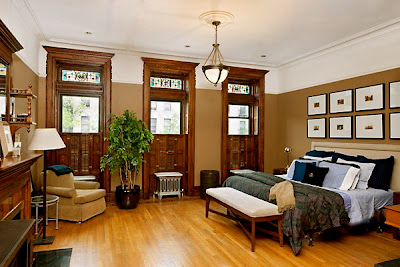 Since the housing market sputtered a couple of years back, emaculately renovated townhouses in Harlem have been trying to reach for the $2 million mark and No. 2087 Fifth Avenue just crossed that threshold. The five level brownstone was on the market in 2006 for $3.3 million and just returned last year with a reduced price of $2.6 million. Apparently the 20 x 66 foot wide, reportedly 7,000 square foot residence, has a 5 bedroom, 3.5 bath triplex owner's unit along with two other floor through apartments to rent out. We have pointed out in the past that technically this block is part of the East Harlem triangle north of 125th Street (on the east side of 5th Avenue) but the brownstone nabe makes it feel more part of central Harlem.

So what was the record price for this very large, detail-rich, upgraded brownstone?  Public records show that the final price closed at $2.075 million which makes it the third Harlem house to sell at the $2 million range in the past couple of years.  Interestingly enough, this house is at 128th Street and the other two houses are also above 125th Street.  What they all have in common are a 19-20 foot width, expensive interior detail restoration and upgraded infrastructure (check out those herringbone floors and pinhole recessed lights). See our past post on the landmark Hamilton Heights house that sold back in October to compare: LINK.  Finally, the other big seller in Central Harlem was even more notable because it included a garage: LINK.  Click on interior images to enlarge for details.
Posted by Ulysses at 1:35 PM