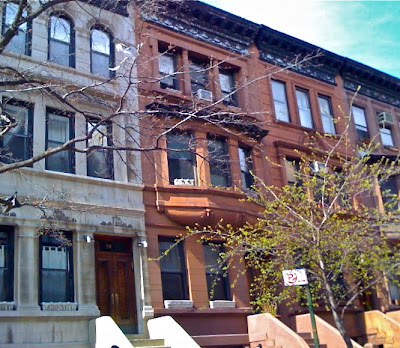 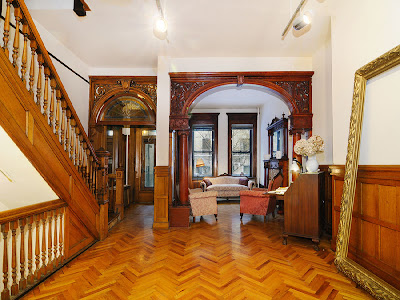 It took over a year, a fashion exhibit and a slight price reduction to finally get the house at 56 Hamilton Terrace into contract.  Initially on the market for $1.65 million back in March of 2010, the Hamilton Heights brownstone with a lot of preserved woodwork would be reduced down to $1.59 million a year later and finally found an interested buyer last week. This 18 foot wide, single-family home (center building) located roughly at 142nd Street has a total of 3,746 square feet, 4-bedrooms, three baths and seven working fireplaces.  Location wise, the block is picturesque but there is a bit of a walk to get to the express subway and amenities on 145th Street
Posted by Ulysses at 2:09 PM