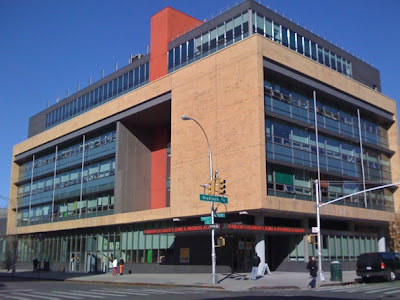 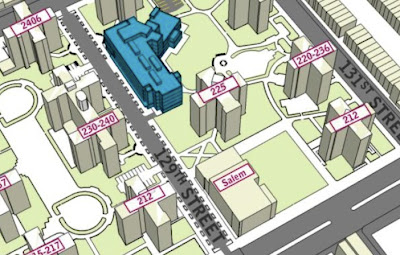 There has been a lot of controversy during the construction of the new Harlem Children's Zone building on the public housing grounds at 129th Street but the actual design of the new structure has not been reviewed except for some vague sketches.  One might assume that the modernist look of  the HCZ building on 125th Street (at top) would carry over to the new location and a released sketch now confirms the direction for the $100 million project.  Rendering after the jump. 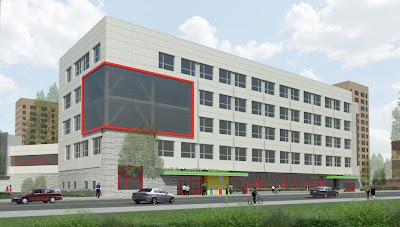 The new 130,000 square foot building which is rising between FDB/8th and ACP/7th looks to have the same hard edges of the first Harlem structure but with a few variations.  Colors are more on the brighter cream hue side of things but there is still an accent of red along with a juxtaposition of extreme window proportions.  Once built, the school's presence will also restore 129th Street since it was a cul-de-sac for some times and trees will be planted on both sides of the new path.  Read more on the new building at the NYCHA site: LINK
Posted by Ulysses at 12:03 PM