☞ REVIVE: Checking up on the Ringgold Museum 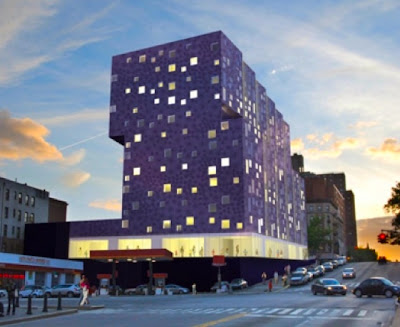 The last time we heard anything about the Ringgold Children's Museum of Art and Storytelling was back at the end of 2010 and the new necessary zoning at 155th Street and St. Nicholas Place was set in motion.  So what's going on at the old parking garage for the proposed site these days?  Current photo after the jump. 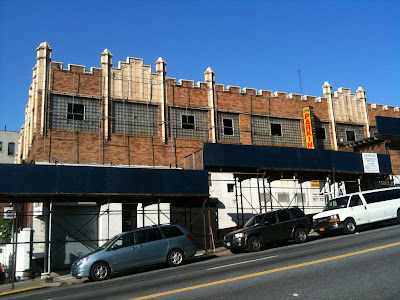 The reported ground breaking for $70 million, 13-story project that would include affordable housing and commercial spaces was supposed to happen at the end of 2010 but there does not appear to have been much to report on that end.  Walking by the garage site this past week, one can see that scaffolding has been placed up around the old building set for demolition but that is pretty much it.  This new construction with 124 residential units was expected to finish up in 2012 but it looks likes another one of those slow starts.
Posted by Ulysses at 12:03 PM