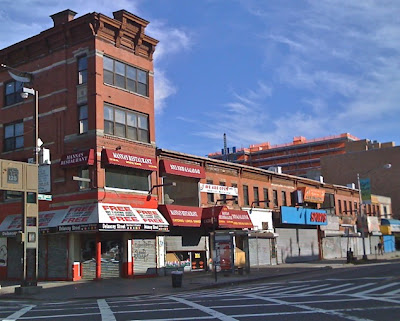 The above photo will probably be one of the last modern record of the intact north corner of FDB/8th Avenue which is set for a new commercial retail development by Kimco at this section of West 125th Street.  Plywood and scaffolding had been set up in the past month and now things are moving along rather quickly. Check out the demolition and destruction that started today after the jump. 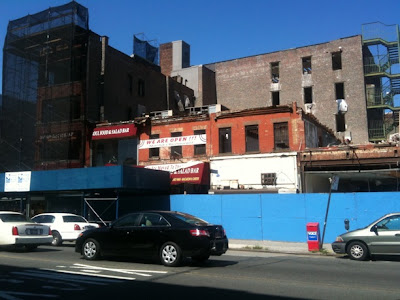 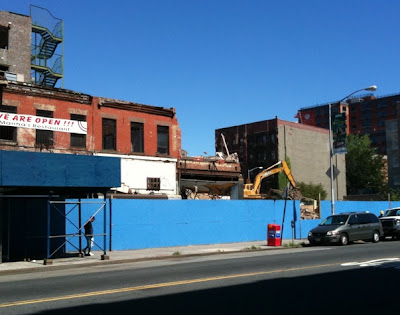 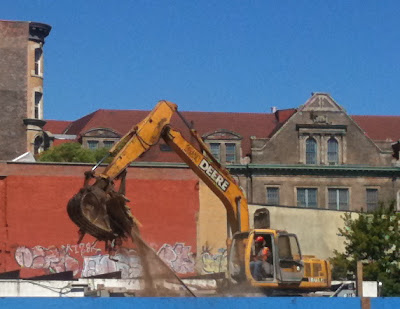 The taller corner building has had netting up in the past couple of weeks and the workers are currently taking down the top levels slowly. As for the low level buildings towards the next block north, such precautions were not needed and the heavy machinery was on hand this morning tearing down the century-old buildings. This was originally a stalled project but the developers have proceeded with the 60,000-square-foot new retail building this year because several big box retailers are apparently interested in this commercial section of Harlem: LINK