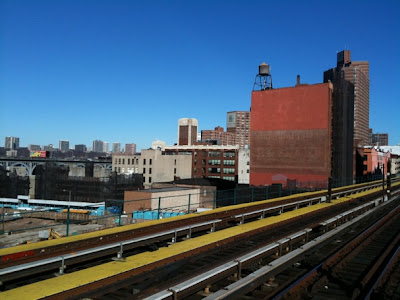 Demolition for the new Columbia University Manhattanville campus has been in progress over the past months so we decided to swing by and compare what has actually gone down since we last checked. The first photo shows the tallest remaining warehouse at Broadway and West 130th Street earlier on in the year.  Current photos after the jump. 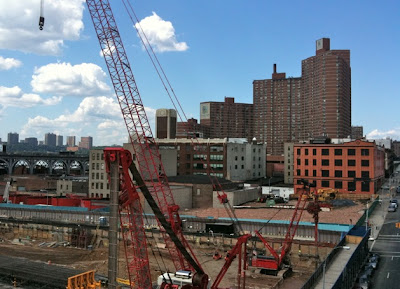 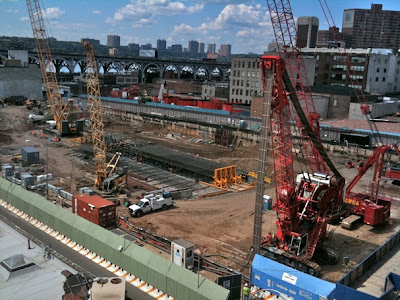 The middle photo shows a closer view of Broadway and the only building remaining at that corner now is one of the Tuck-It-Away storage facilities (orange structure).  What is not shown in the image is that the gas station and old Floridita buildings are also still intact just south on 125th Street.  These are the property holdouts who lost the eminent domain case so it is rather curious to see these buildings still around .  The last photo shows the large cranes on site and some of the foundation work taking place.  Note that the Twelth Avenue side in the distance at the viaduct has started demolition and we will have more photos in upcoming posts. As mentioned previously, all of the foundation abatement work for the first phase of the new campus should be done by next summer: LINK
Posted by Ulysses at 12:19 PM