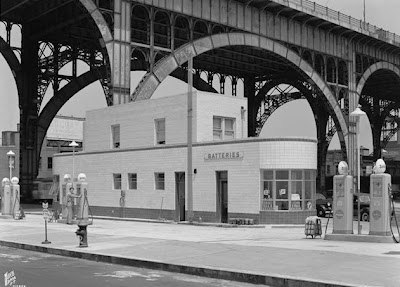 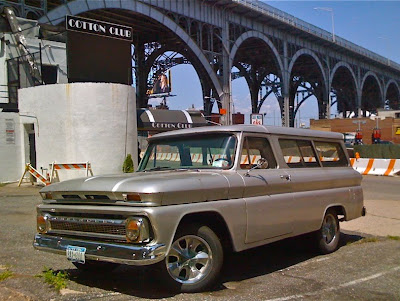 A photo from 1941 shows the triangular intersection at 125th Street and 12th Avenue that houses the third incarnation of the Cotton Club in Manhattanville.  This peculiar commercial plot has a distinct shape to it and the lower photo shows that the lounge is really just a white stucco version of the original building.  Harlem's first Cotton Club was located more centrally than this location (by West 142nd Street) and the owners eventually moved the venue to midtown in latter years.  This new version of the iconic Harlem boîte was open in more recent decades and does not share the history of the original two.