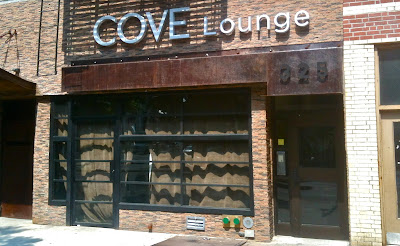 The New York Times has a write up on a classic British drink mixer from the 1860s that is making its rounds at bars during the summer and a version served at Cove on Lenox Avenue also made the feature.  A Pimm's Cup is an old fashion sort of cocktail that uses the sweet and spicy liqueur called Pimm's No. 1 as its alcohol flavoring. This tea colored drink has been updated by adding fruit and Cove Lounge apparently has a Cove Cup which features raspberries: LINK
Posted by Ulysses at 12:02 PM