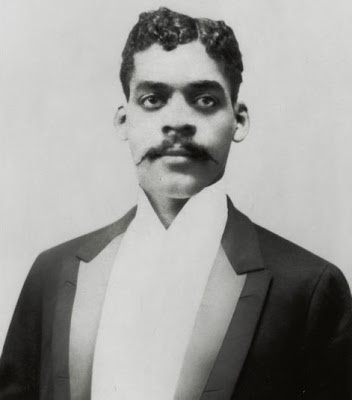 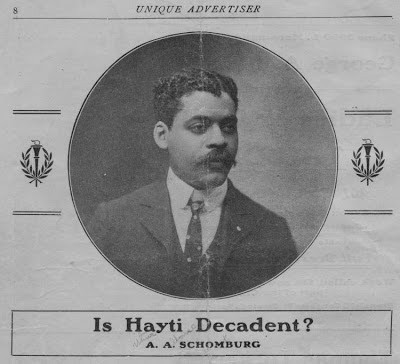 When growing up in Puerto Rico, Arturo Alfonso Schomburg was told in school that blacks did not have any history of value and that would lead to a lifetimes work in proving his teachers wrong.  Schomburg would move to Harlem in the late 19th Century and would become an activist in collecting the history of African Latin Americans and African Americans. This avid search of cultural history would coincide with the great migration and eventually the Harlem Renaissance.

Even though the middle class Schomburg had various jobs such as a messenger, printer, elevator operator or clerk, he began to publish intellectual works such as Is Hayti Decadent? in 1904 to raise awareness of Caribbean culture.  Other works would follow and the rigorous collector would then become one of the founding members of the Negro Society of Historical Research in 1911.

The New York Public Library purchase Arturo Schomburg's collection of literature and art by 1926 which would eventually be part of today's Schomburg Center at 135th Street.  Originally the collection of over 5,000 pieces was housed within the first Countee Cullen Library in the Mckim, Mead and White building located just west of Lenox but the much larger Schomburg Center would be constructed around the corner in 1980 at 515 Lenox Avenue.

For more on the Schomburg Center in Central Harlem, check out the official NYP website: LINK
Posted by Ulysses at 7:24 PM