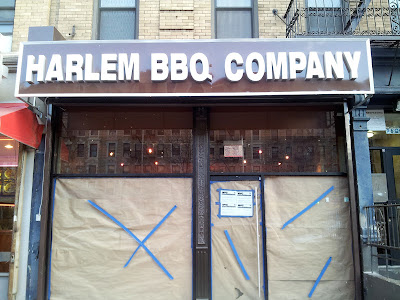 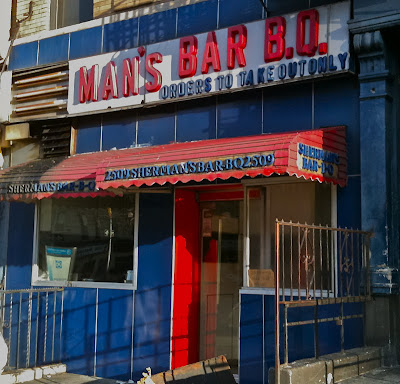 Harlem's first major BBQ chain called Sherman's had one last shop left up on ACP/7th but now it appears that Harlem BBQ Company has replaced the old uptown standby.  There had been a few locations throughout Harlem but the other larger branches apparently shuttered by the time the 90s finished up. Sherman's by 145th Street was the only remnant of a family empire that spanned over 60 years and the eatery tried to find investors over a year ago to keep the place going: LINK

A Bespoke reader sent in the lower photo of the new storefront at the old Sherman's spot and it now appears that this Harlem food legacy is now over.  For those new to the story of Sherman's, the chain had a pretty historic uptown moment in the 60s when The Ronnettes apparently brought The Beatles over to visit one of the West Harlem locations one night: LINK
Posted by Ulysses at 10:18 AM