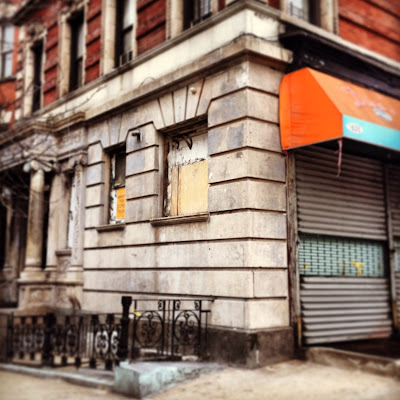 We received a message from the proprietors of a restaurant that will debut in West Harlem called The Grange.  This new bar and eatery will be opening around April on Amsterdam at West 141st Street which is close to City College.  The owners have lived in Hamilton Heights for several years and saw the need for a neighborhood family restaurant so the concept of The Grange came about.

There will be reportedly 1,100 square foot of space with outdoor seating, home-style country cooking being the focus along with a library wall of books as the backdrop.  At the bar, locals should expect a selection of 16 draft beers and a mixologist on hand offering up signature cocktails. We will have more details as things develop but those interested in supporting The Grange can add a "like" to the official Facebook page: LINK
Posted by Ulysses at 11:04 AM