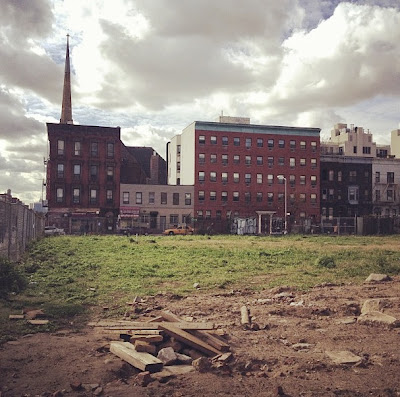 The last we heard, the Whole Foods building at 100 West 125th Street at the corner of Lenox was supposedly breaking ground in May but not much has been going on with the site. So what is the status and will the 2015 opening date really happen?  We checked on some of DOB filings online and the paperwork is all there for the six-story building and has been filed over the past five months of this year.  Groundwork plumbing appears to have been approved but the building itself is still waiting for some zoning approval.  As folks might recall, Burlington Coat Factory and American Eagle have also signed leases for this new development so expect this one to happen sooner than later: LINK
Posted by Ulysses at 2:15 PM