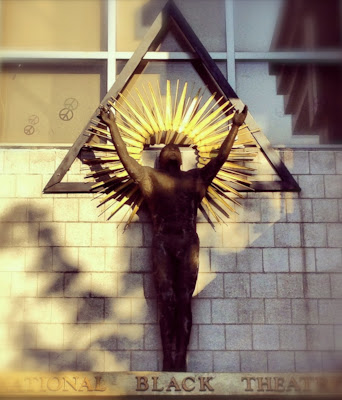 The National Black Theatre has been in Harlem for 45 years now and there apparently are new changes happening to the iconic organization located at Fifth Avenue just north of 125th Street.  As Harlem evolves on to the world the stage, the local theater has also had to change and make a few updates including a new formidable website that was previously lacking: LINK

There is also the appointment of Jonathan McCrory as the new Directory of Theatre Arts who is currently working on a production that will engage Harlem as a community and delve into the importance of cultural history.  We will have more information up as the new play comes along but more on Mr. McCrory can be found on the director's official site: LINK
Posted by Ulysses at 10:00 AM