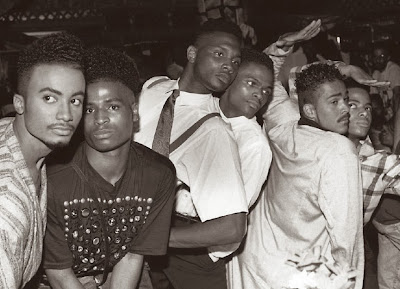 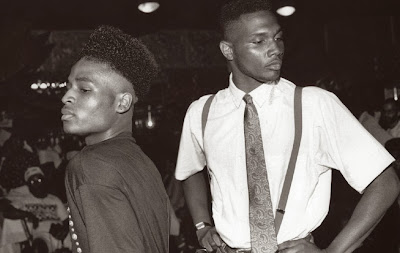 The book Vogueing and The House Ballroom Scene of New York was published in the last year or so and reminds us of the impact that modern day Harlem has had on popular culture.  Madonna introduced the nation to the underground dance movement that centered around vogueing back in the 90s but the masses probably do not know that her dancers were from Harlem.  There was a massive underground  ballroom scene in Harlem (which no longer exists today) that was a secret world to the general public.

A couple of decades later, a generation who was not born during the height of the vogue scene is bringing the art form back to the clubs but it's never the same the second time around.  Those interested in Harlem's most recent cultural legacy should check out Vogueing and The House Ballroom Scene of New York at any of the major book retailers.

Photos by Chantal Regnault from Vogueing and the House Ballroom Scene of New York
Posted by Ulysses at 11:17 AM