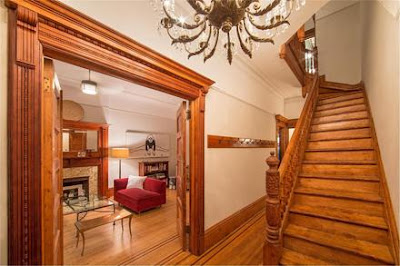 Number 607 West 146th Street has some great bones and found a buyer quickly for the asking price of $2.1 million this past summer.  The renovations which restored and retained much of the townhouses history eventually closed for $2.2 million which will be a record for a house that is west of Broadway in Hamilton Heights.  This part of the Broadway corridor is still a lttle rough around the edges but eateries like Harlem Public, The Chipped Cup and Il Caffe Latte 145th Street has appeared nearby in recent years.
Posted by Ulysses at 8:22 AM