☞ REVIVE: What's Up with the Whole Foods Lot? 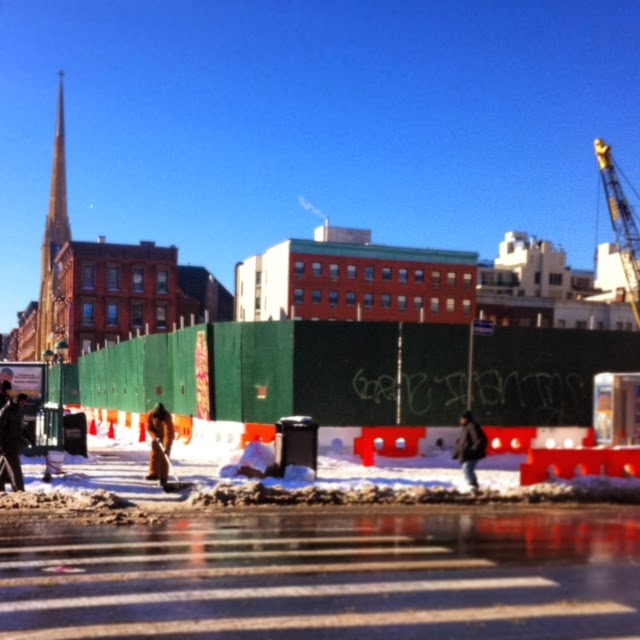 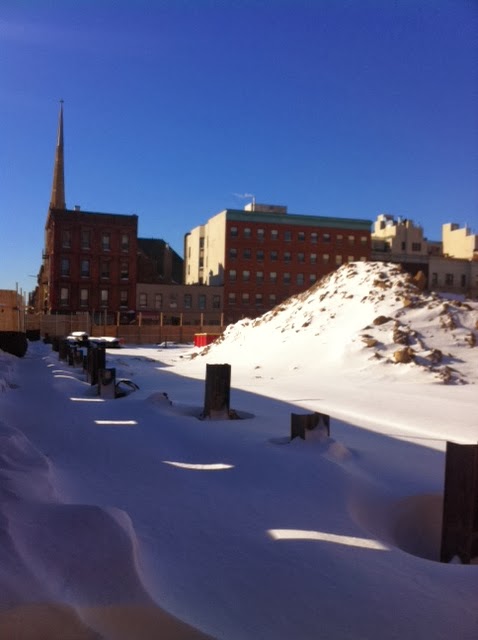 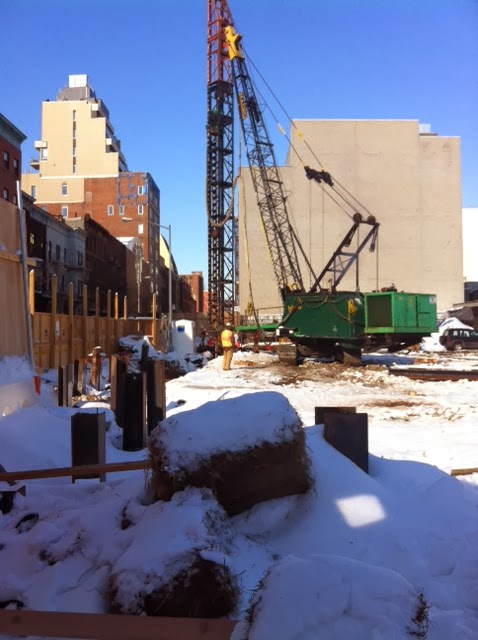 The new Harlem Whole Foods building on Lenox Avenue broke ground almost two months ago but what has actually been happening behind those plywood fences at the corner of 125th Street?  Construction equipment can be seen towering over the site when crossing the boulevard and anyone can take a look at the current state of the building when peering through one of many portholes.  As shown in the lower photos, there has been a lot of digging on the said site and a small mountain now sits in the middle of the lot.  Some of the large steel beams that were delivered soon after the fence went up have now been planted around the perimeter.

Large pipes are also stacked on the grounds which will probably be buried as part of the infrastructure but the pouring of the foundation will probably not happen until the weather gets warmer.  We still think it is kind of odd a lower level has not been excavated at this point but 125th Street has mysterious underground streams that have caused delays in the past with other construction along the commercial corridor.  As many might remember, Whole Foods revealed this Harlem location over a year ago via their official Facebook site:  LINK
Posted by Ulysses at 9:00 AM