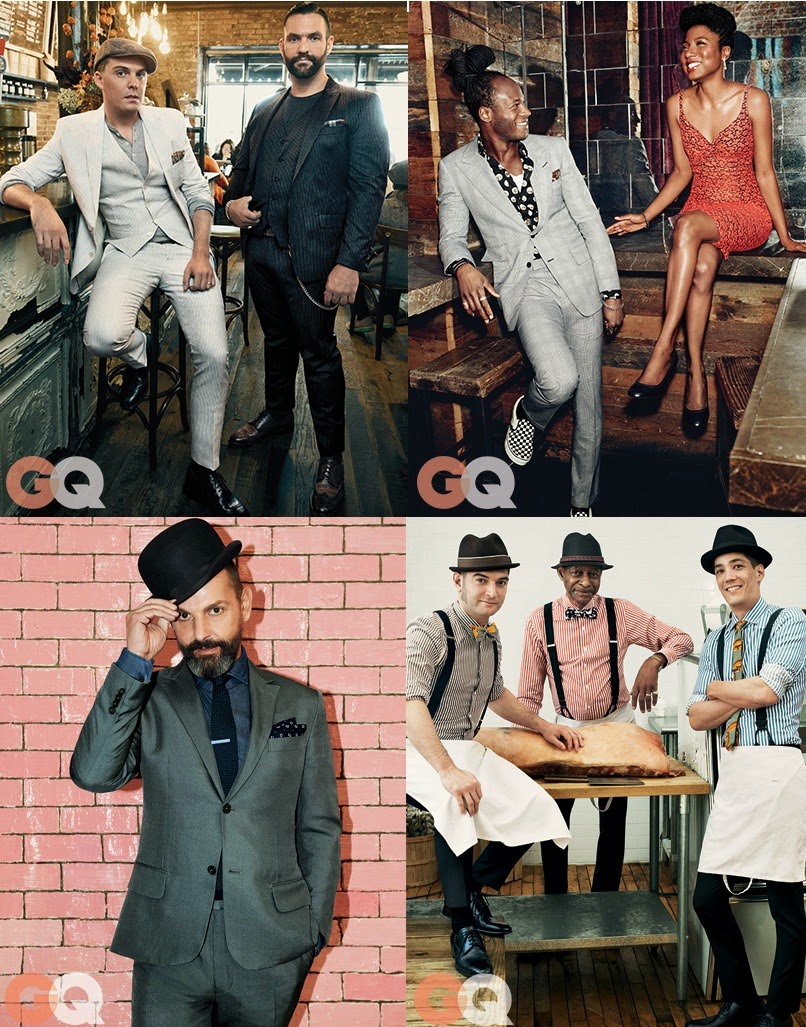 We received an email from one of the editors at GQ last August and they had mentioned that they wanted to do a photo essay on the look of Harlem as the next, hot neighborhood to explore.  Brooklyn had been done to death so the magazine wanted to show a new Harlem that was diverse and not the typical narrative found about uptown's historic village.  There were quite a few messages exchanged about were to go since they were convince that FDB had all of the great spots but this blogger mentioned that Lenox Avenue and the historic district had much to offer also.  Lenox Coffee was on our recommended list of great places since the owners would make a dashing pair for a photo spread and Aaron and Jeff made it to this month's fashion feature in the notable publication.

When we met up with the GQ staffers for drinks at 67 Orange Street the following weekend after the first email correspondence was sent. The two had mentioned they saw a photo of the owner Karl on HB and thought he would be a great model for the vanity piece.  They had not heard about The Shambles but we insisted that the butchers on FDB with the porkpie hats were a perfect fit for the sartorial men's magazine.  Things happen quickly from that initial meeting and the photo shoot was set up a couple of months later but before that, another inquiry came in.  Who were the famous people moving into the neighborhood besides Marcus Samuelsson?  As far as famous folks go, they already knew about Azeala Banks and A$AP Rocky but those two grew up in the neighborhood.

We then mentioned Ugo Rondinone and how the Swiss artists just bought a church on Fifth Avenue.  Apparently Ugo made it into the fashion spread.  Neil Patrick Harris was then mentioned at a later date but the actor did not appear to make the cut.  Check out the full story at GQ online: LINK
Posted by Ulysses at 5:44 PM