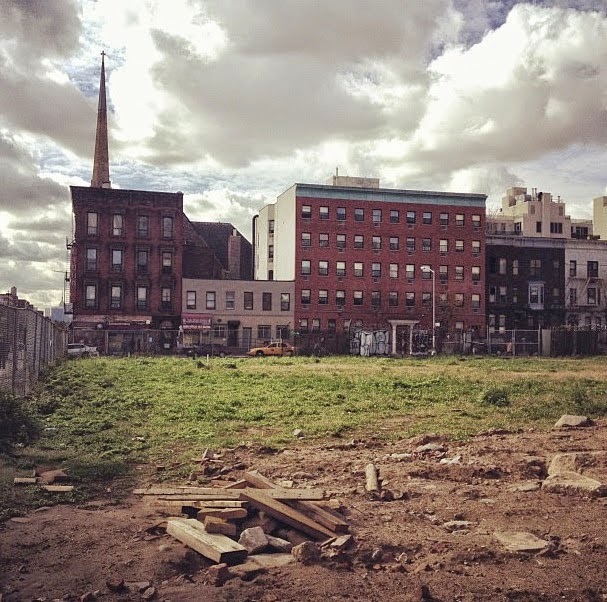 It has been a year now since the Whole Foods site broke ground at the corner of 125th Street and Lenox but the previous set 2015 opening date has come and gone still only seems like a possibility at this point. The above photo is what the large parcel of land by Mount Morris Park looked like for years before the construction plywood fences arrived displaying the glassy designs of the new construction and the better retailer even announced via Facebook back in 2012 that they were coming uptown.  Interestingly enough, the foundation is still being worked on now after months of digging and pouring concrete but the first level has yet to rise.  Now it appears that a completion date might be this time next year if we are all lucky but at least the brand new Bed Bath & Beyond is making major progress just an avenue east: LINK
Posted by Ulysses at 9:10 AM