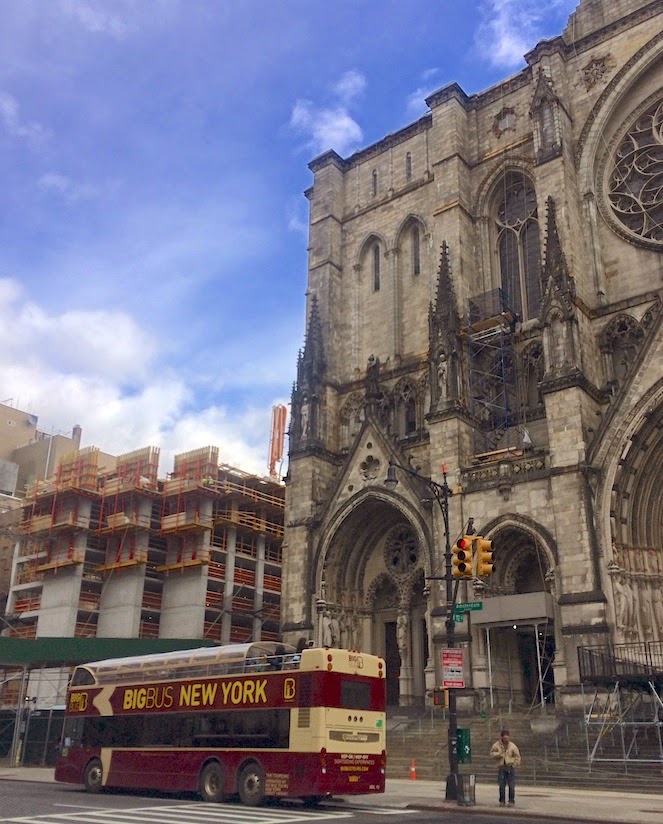 The two new residential towers are rising up quickly by St. John the Divine and the once picturesque view by the world's largest cathedral on Amsterdam and 113th is dramatically changing each week.  We walked by yesterday and took additional photos of the progress at hand.  More photos after the jump: 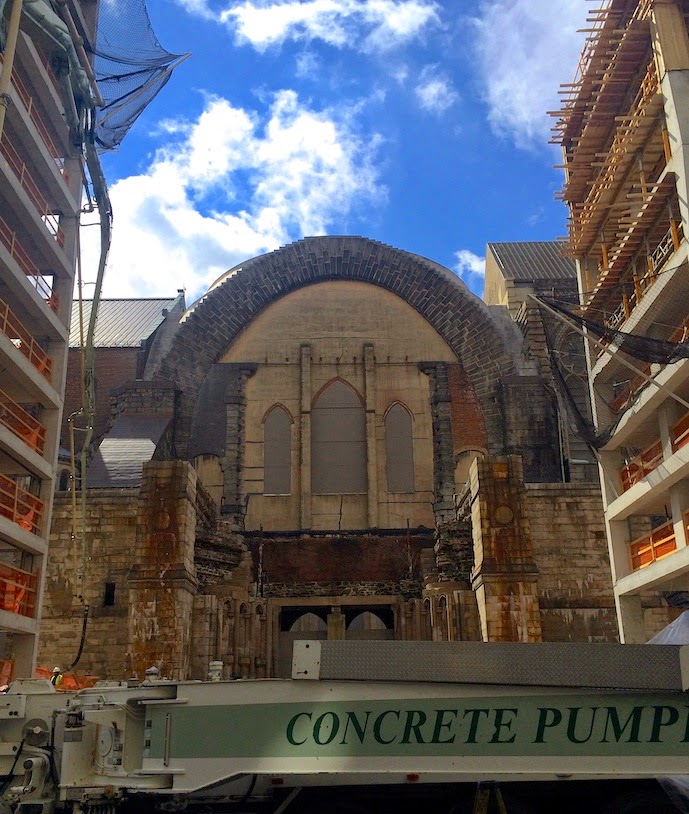 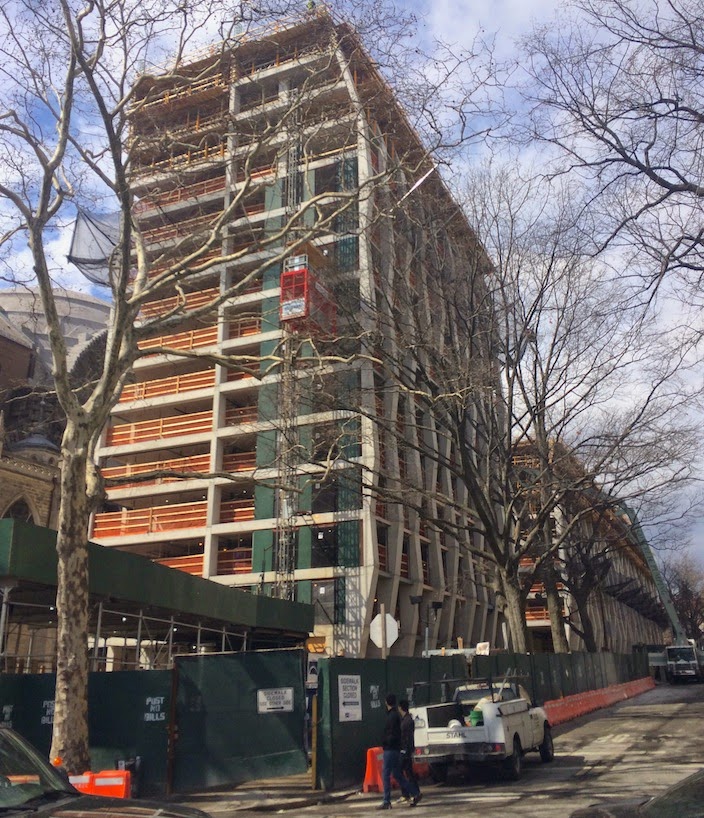 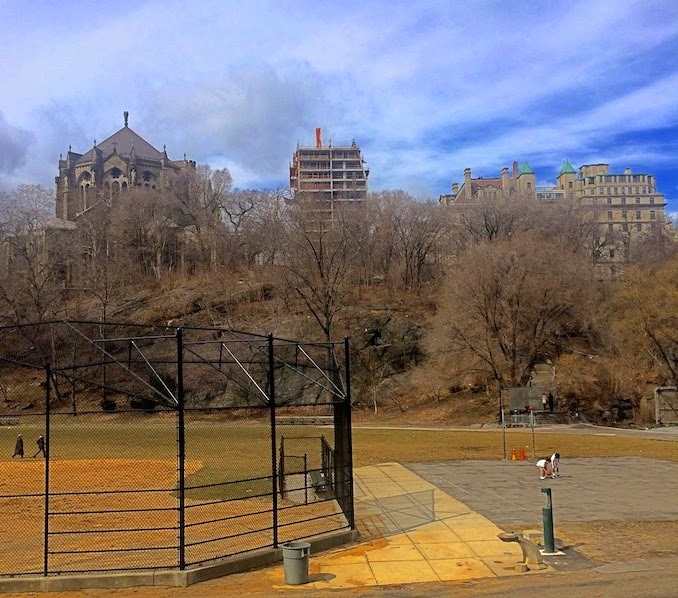 When architects and city planners built up the modern Harlem over a century ago, the top of Morningside Park was important for it could be seen from all of the side streets below in Central Harlem. What was built back then was considered aesthetically the best that the city had to offer and complemented uptown's Acropolis of architecture crowning the promontory of the public green space. We are not sure if the same can be said about the current situation at the top the park but the new development does look like something out of the golden age of 1970s architecture: LINK
Posted by Ulysses at 9:14 AM