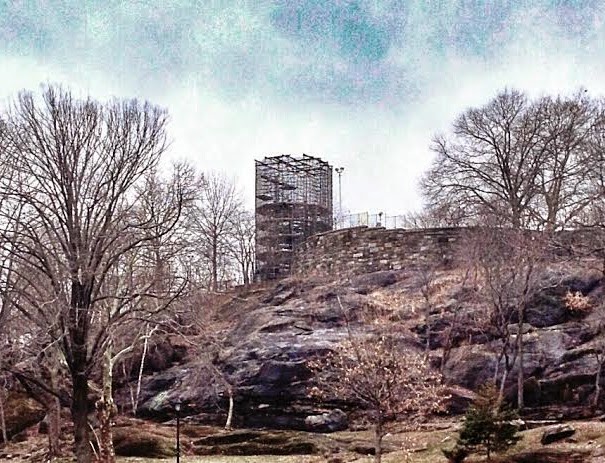 A Bespoke reader sent in the above photo showing that the last fire watchtower in the city is now slowly being dismantled at the top of Marcus Garvey Park.  The Mount Morris Park Fire Watchtower is the last of a series of 19th century structures built throughout the New York City that utilized an enormous hanging bell within to communicate with the various fire engine companies in the neighborhood.  This landmark structure will be temporarily stored in Queens but some in the community are concerned that the lack of immediate restoration on site might just mean longer delays.  Others in the neighborhood have also mentioned that if the tower was in areas like Central Park or Washington Square Park, the city's park department would probably have come up with funds and fixed everything up a long time ago.   Read more about the watchtower in our past post: LINK
Posted by Ulysses at 9:00 AM