SHOP: BED BATH AND BEYOND GETS GLASS ON 125TH 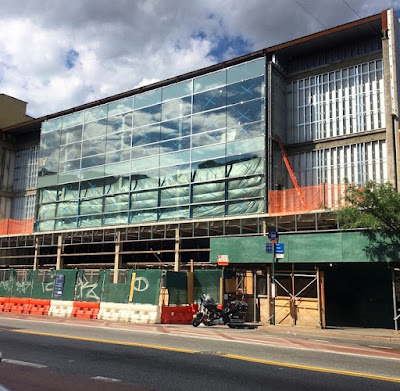 We had not been by the 5 West 125th for some times and now it appears that things are really coming along for the future home of Bed Bath and Beyond.  Many might remember that the stalled construction site just west of Fifth Avenue had a hotel original planned before the recession hit and was inactive until last year.  The commercial building has been mostly steel beams until now and now the glass has finally been installed at the facade. There reportedly will be a residential component to the new construction based on media reports but we do not quite see that element being added on yet.  Read more about this development in our past post: LINK
Posted by Ulysses at 8:43 AM