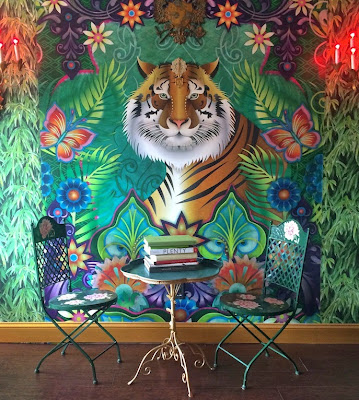 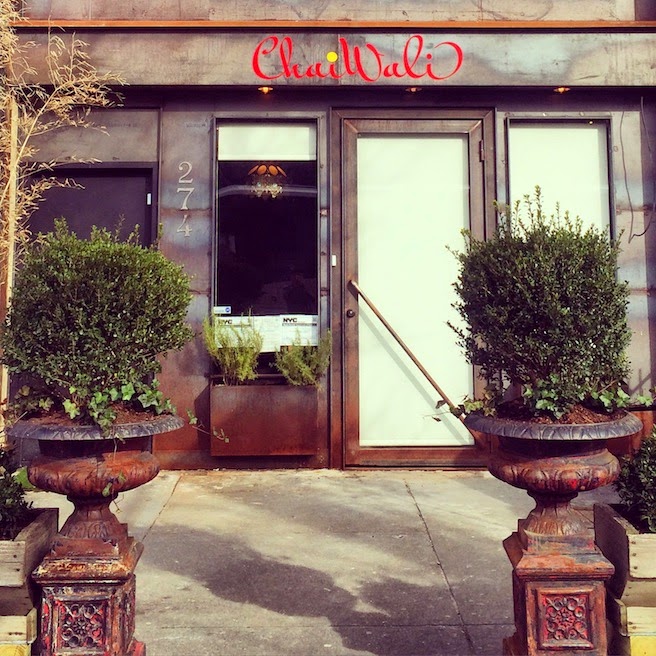 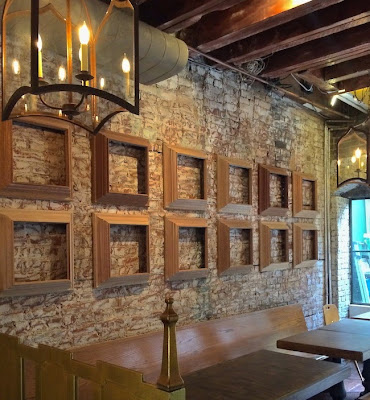 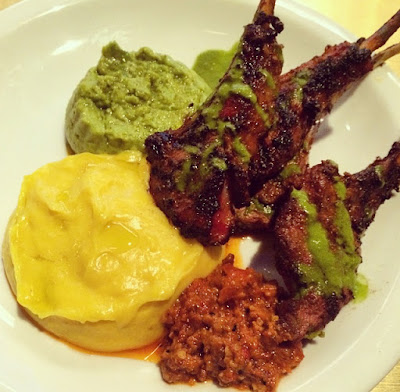 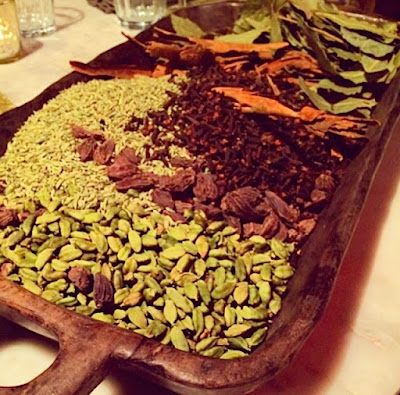 Back in 2014, we actually did not select a Best Restaurant of the year because the businesses that opened uptown did not really fit into the fine dining category but one restaurant this year really stood out.  Chaiwali on Lenox by 124th Street debuted in September with a casual lunch service within a spectacular two level brownstone storefront space.  This new addition to Harlem's ever growing dining scene is worth a visit just for ambiance in itself which includes exposed rafters at the ceiling, a peacock topiary, a bejeweled tiger mural and huge silo that looks like a birdcage resting out in the back garden.  Everything within looks like a fantasy spread from World of Interiors and those who know of the aforementioned magazine will especially be impressed.

As far as the menu is concerned, strong and bold Indian flavors are the order of the day.  The chai served up has all been made in house and does not come poured from a box purchased at wholesale.  We took the above photo of the spices that had been prepared for the tea in one afternoon and were very surprised to see how much it took to make the house brew.  An even bigger endeavor was the dinner service which started more recently and guests can be heard raving about the meal on their way out on any given night.  We especially like the lamb chops and the ceviche which all have the spices necessary to make the offerings stand out.  Service has also improved from opening week and the owner is often on hand to greet diners on any given day,

Chaiwali is one of those casual neighborhood gems that serves up great atmosphere and food that will be a pleasant shock to anyone visiting Harlem but locals have already made the eatery a favorite spot to hang out during the day or evening.  Some of the new spots in the past few years really roll out in a big way in order to get a lot of business from greater New York City but we quite enjoy having a special secret go-to spot of which the neighbors pretty much have kept to themselves.  More on dining at Chaiwali can be found in our past post: LINK
Posted by Ulysses at 4:14 PM