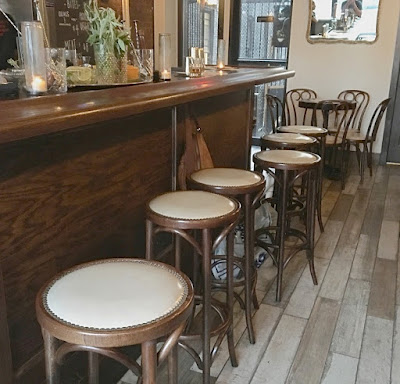 Uptown Bourbon on the west side of Broadway by 150th Street opened up last month and we were able to drop by the whiskey bar in Hamilton Heights this week to check everything out.  Those looking for classic drinks at a grownup saloon should head on over to the 24-seater and check out what's being offered up on the menu.  We ran into someone who frequents the new bar a couple of weeks back and they said that even the bar snacks were a little more refined than the usual spots in the neighborhood which ended up being pretty spot on. 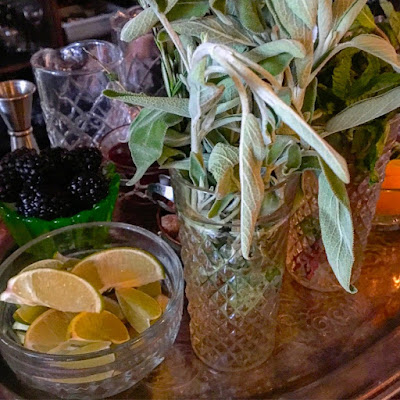 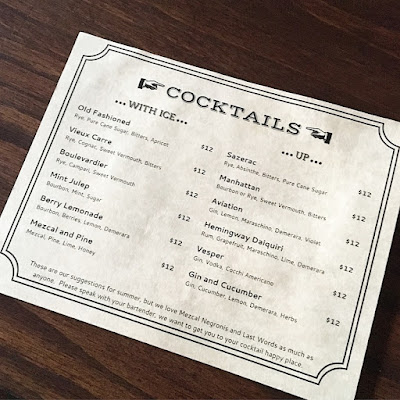 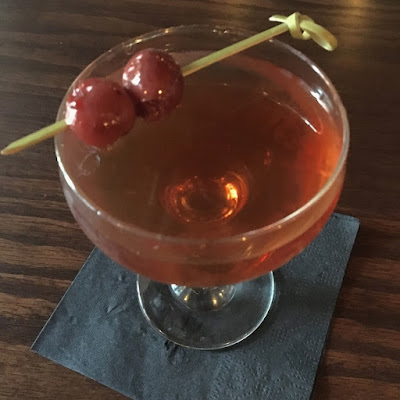 The charcuterie plate was one of most savory that we have had in some time and also included pickled cut green beans that were all made in house.  Guests can try out 30 different southern whiskeys at Uptown Bourbon but we just chose a classic Manhattan which was served up with refreshing persevered sweet cherries and not the candied maraschinos usually found at other establishments. A plate of verdant mints, herbs and fruit served as a lovely centerpiece which would be used as fresh ingredients for orders to come.  There was also a Gunpowder cocktail that we tried for the evening which had gin, foamy egg whites and a hot spice sprinkle on top that is worth trying for those who are little more adventuresome.

Overall Uptown Bourbon is definitely worth the visit for a quiet night out in the neighborhood without a television set blaring in the background.  Currenlty cocktails are $12 from when doors open at 7:00PM until closing at 4:00AM but a happy hours should also be happening in the coming weeks.  More on UB can found in our past post: LINK
Posted by Ulysses at 2:11 PM