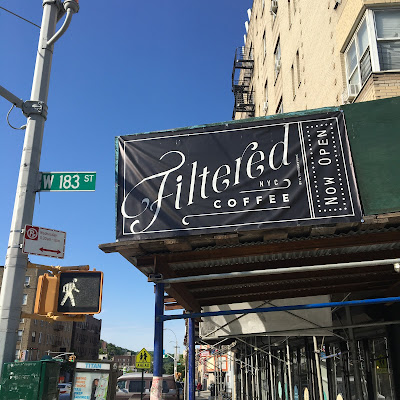 Harlem Bespoke:  The Filtered pop-up coffee shop at 183rd and Broadway has now shuttered will be closing at the end of the month in preparation for construction of uptown's largest and only food hall.  So what's next for 4300 Broadway in the Heights?

In the past year, only about 1,000 square foot of the retail space in Washington Heights had been used but there is actually six times more space within the commercial storefront.  When all finishes up, there will be food stalls similar to those located in downtown's Chelsea Market and this intersection will become a major attraction for those living above 110th Street.  Sugar Hill Capital Partners will be heading up the ambitious project and a past press release mentioned that there will be one major anchor tenant represented with smaller kiosk available in the space for artisan food offerings.  More on North End Market can be found in our past post: LINK