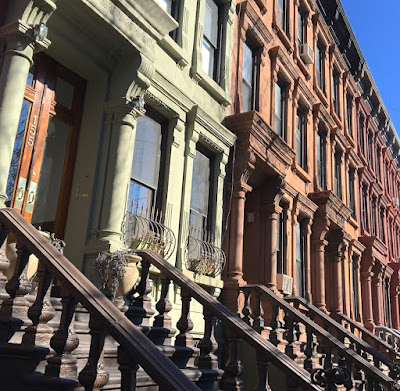 Harlem Bespoke: Number 153 West 131st Street had a contract out based on the initial asking of $2 million back in March and now Streeteasy has revealed that the townhouse sold slightly lower at $1.95 million.  As previously pointed out, the listing does not reveal much but shows some original details within and mentions some work needed on the brownstone.  This intact block in Central Harlem has improved a lot over the years and is just around the corner from Lenox Avenue but potential buyers might want to check the current occupancy status of the address.  More details on Streeteasy: LINK