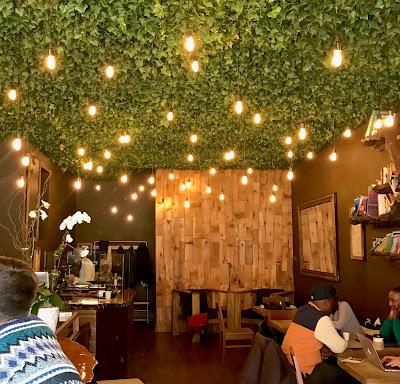 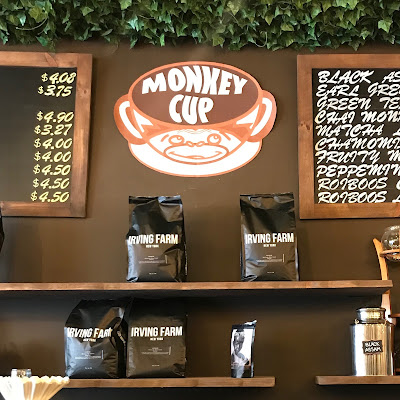 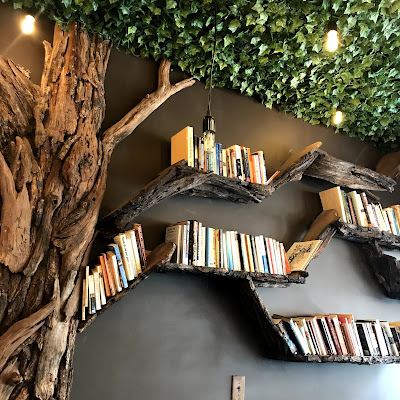 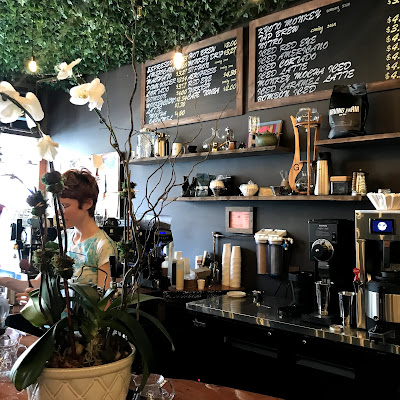 Harlem Bespoke: The Monkey Cup opened a first location in Hamilton Heights back in 2015 and now has debuted a second cafe at 1951 Adam Clayton Powell by 118th Street in the past couple of months.  We stopped by the coffee shop this week to see the new space which is easily double in size and has instantly become popular local residents.  Green foliage on the ceiling can be found at both shops but the 7th Avenue address provides a more dramatic effect because of the increased square footage.  Another design feature to note is a wall library in the formation of a great tree which provides a creative backdrop opposite of the coffee bar.

As mentioned previously, the owners who have a love for monkeys are originally from South America and the jungle theme is an endearing reminder of the couple's homeland.   Read more about Monkey Cup in our past post: LINK