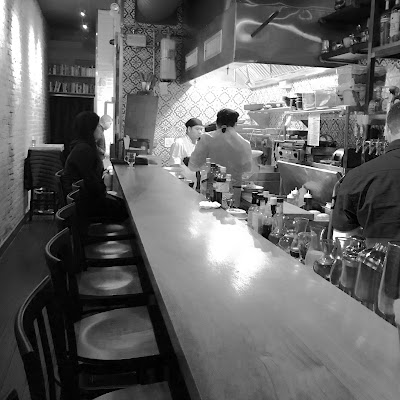 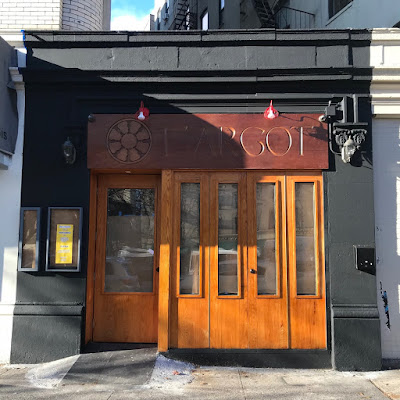 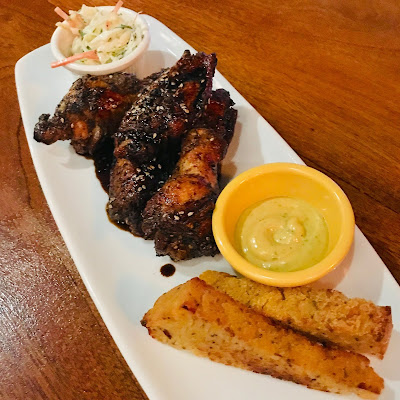 Harlem Bespoke: We were able to drop by opening week at L'Argot on Hamilton Place between 143rd and 144th Street and try out a couple of the dishes on main menu along with a couple of cocktails.  As can be seen by the above photo, the space is longer than it is wide and consists mostly of a large bar.  The roughly 24-seater has a couple of high tables out front that can provide seating for a slightly more formal experience but large groups would probably do better at the aforementioned bar. 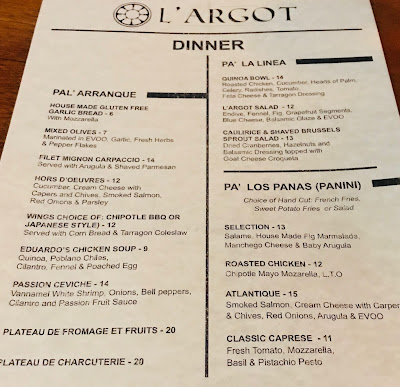 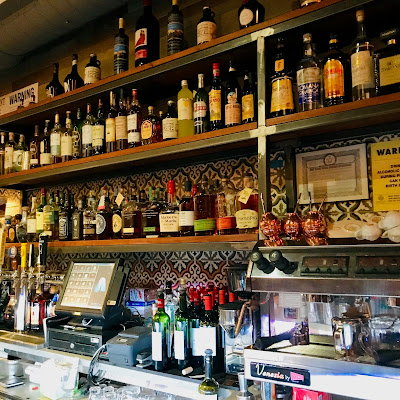 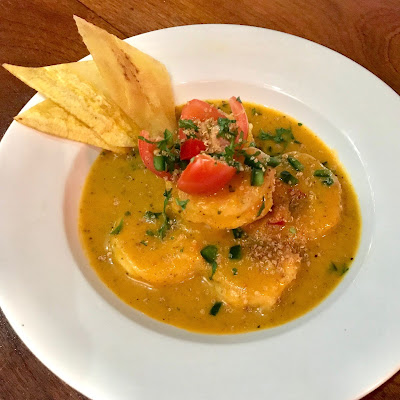 A small kitchen is exposed at the end of the big bar and diners can actually get a pretty solid meal at the little eatery in Hamilton Heights.  Asian inspired wings arrived with a good amount of char on the edges and the savory glaze was surprisingly good.  An order of shrimp ceviche was served up soon after which was more like a chilled shrimp cocktail with an outstanding passion fruit sauce.  We also had an order of ribs which was a little uninspiring compared to the first dishes but the restaurant was getting busy so the kitchen might have been backed up.  Cocktails go for $12-$15 and are pretty much the standard fare to be found uptown.

We definitely will go back to L'Argot in the future to try out some of the entrees when everything is up and running 100 percent.  There will also be a backyard available during the warm weather season and a downstairs space with more seating will apparently add more additional tables to the cozy establishments.  Read more about L'Argot in our past post: LINK