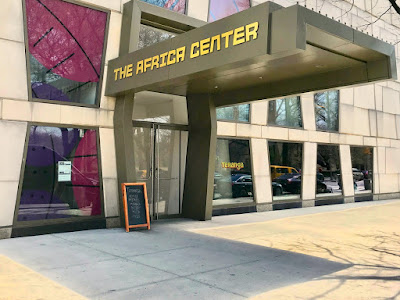 Harlem Bespoke:  A West African eatery headed up by notable chef Pierre Thiam will be opening at the A.M. Stern building on 110th and Fifth Avenue in the coming week.  Those who are familiar with the location of the new construction will remember that this was originally the planned address for The Museum for African Art but lack of funding eventually morphed the concept into Africa Center several years ago. Teranga will now open sometimes in February and is reportedly a fast-casual concept with updates on some traditional dishes such as jollof rice but will also serve as a retail storefront for those interested in purchasing ingredients found in African cuisine.  Chef Thiam previously established Yolele and Le Grand Dakar in New York City so Teranga could be the next destination spot to check out in Greater Harlem.  More details can be found in Food and Wine: LINK