EAT: FIRST LOOK AT THE EXPAT 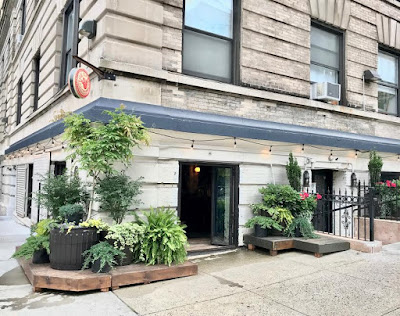 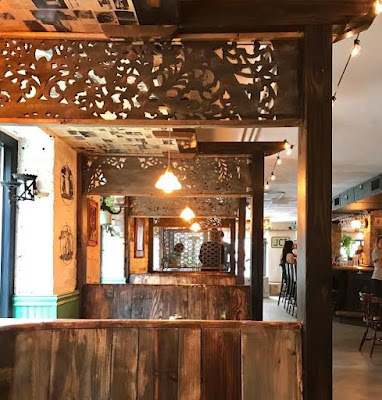 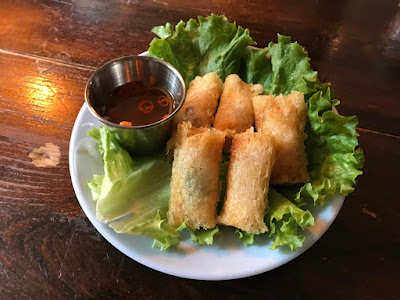 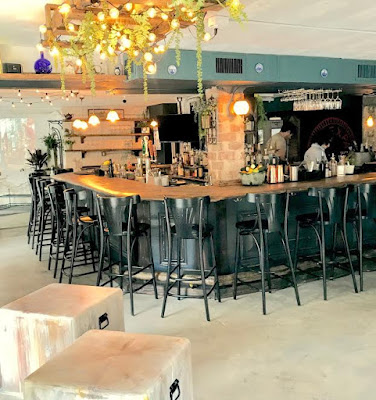 Harlem Bespoke:  We received a tip yesterday that The Expat was having their soft opening on Thursday night and we were able to drop by the new gastropub at 195 Claremont at the corner of Tiemann to get a first review of the newcomer that has transformed this quiet part of Manhattanville.  All of the windows were open out at this cellar space and the huge bar up front is really what is most noticeable at first glance.  Upon closer inspection, one will find that the crafted wood oak counter is actually in an free-standing octagon shape which is one of the many striking things to be discovered about The Expat. 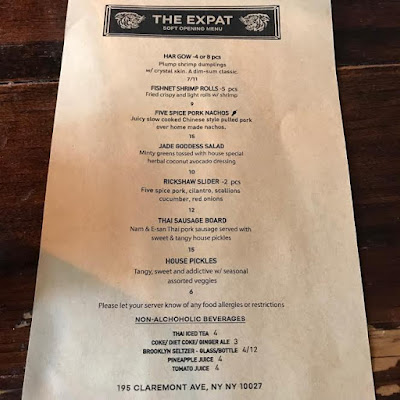 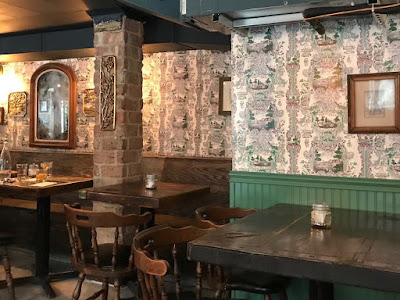 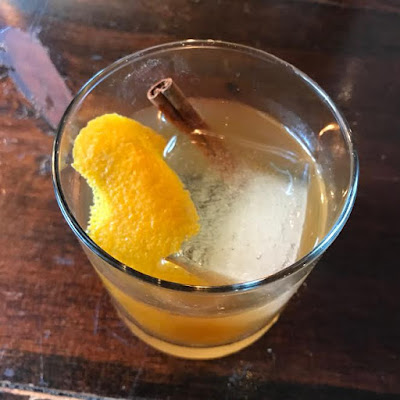 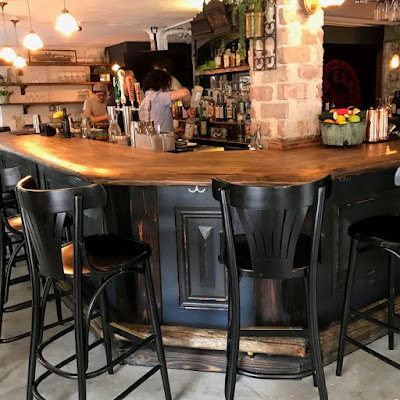 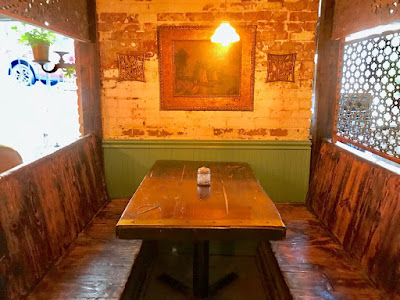 Ambiance is everything here and the space basically feels like a old Victorian era pub that has been around for a century that one might have discovered while traveling in Hong Kong.  The 50-seater also has three amazing side booths which have decorative wood cut screen elements that add a bid of drama to the dining experience.  As can be seen by the food menu, the offerings are basically just a starter selection for opening week and we highly recommend the shrimp rolls which were crisp and extraordinary light in the frying technique.  We also especially appreciated that the cocktails are a little more smartly priced at $9-$12 on average and our Sampan Old Fashion with house made 5 spice bitters was the real deal.

Tiemann located roughly at 124th Street just west of Broadway is usually pretty quiet but the afterwork foot traffic noticed the open windows and the new eatery was more than half full by 6:30PM tonight.  Some of the other shop owners in the neighborhood were worried about the particular address as a destination spot but if the quality is good, then the crowds do definitely show up. Service is actually quite good now and we are looking forward to having a full food menu presented in the upcoming weeks. For more on The Expat, check out our past post: LINK