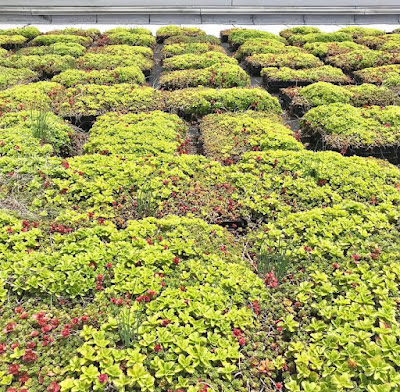 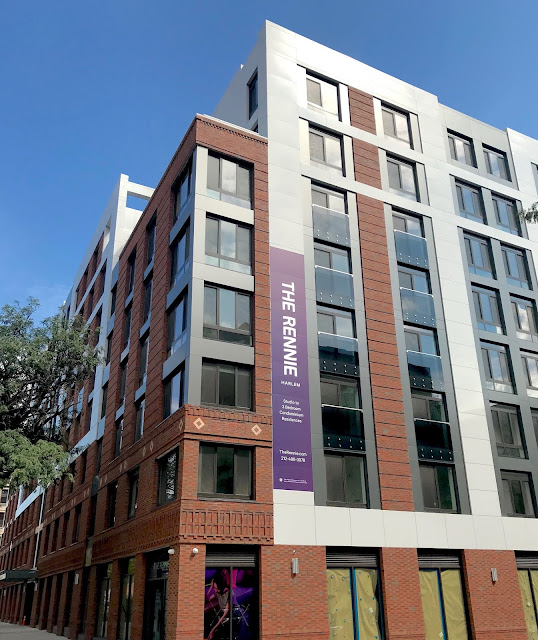 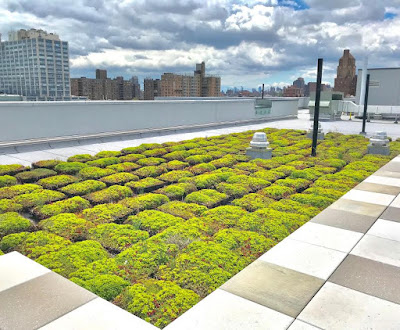 Harlem Bespoke: As the city's populations grows, being green and sustainable has been a major concern in many communities on the local, industrial or commercial levels.  Green Harlem is a new feature on Harlem Bespoke which will explore various options, plans and main users of the initiative for a more sustainable focus on how we live.

We always heard about implementing green roofs on the top of buildings for environmentally friendly benefits but did not actually see one in the neighborhood until taking a tour of The Rennie on historic 7th Avenue in Central Harlem by 137th Street.  These verdant alternatives to bare concrete on larger residential buildings buffer storm water overflow, keeps buildings cooler by absorbing sunlight, cuts energy cost, neutralizes air pollutants, reduces noise and filters out CO2 from the surrounding environment. 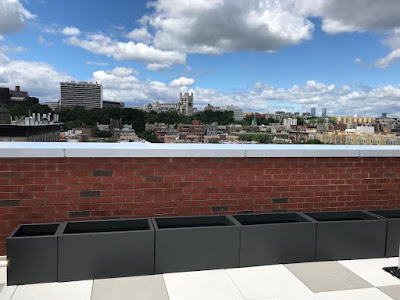 The aforementioned benefits if implemented in a large scale within big cites could help out with overflowing sewage systems into the waterways during major storm by the sheer mass of extra land on top of each building.  Energy cost would also be greatly reduced because of the cooling factor and a more carbon neutral footprint could be an attainable goal for every new or older constructions out there.  Seeing that a layer of shallow planters (extensive green roof) could be utilized or basically making the entire rooftop into a garden covered in soil (intensive green roof) with vegetation growing on top is not such an impossible addition to most new construction, green roofs could be an easy way to change the future if more awareness can be spread with architects and developers.

Asides from all of the benefits, this tip of natural roofing is actually more aesthetically pleasing and building a garden system should bring more value to any residential building. Even though the cost factor is a little more in the beginning, one of the other major return is that the roof will actually last longer than the basic conventional methods. For a more in depth break down of green roof technology, check out this official government site: LINK